What did we learn from Border-Gavaskar Trophy? 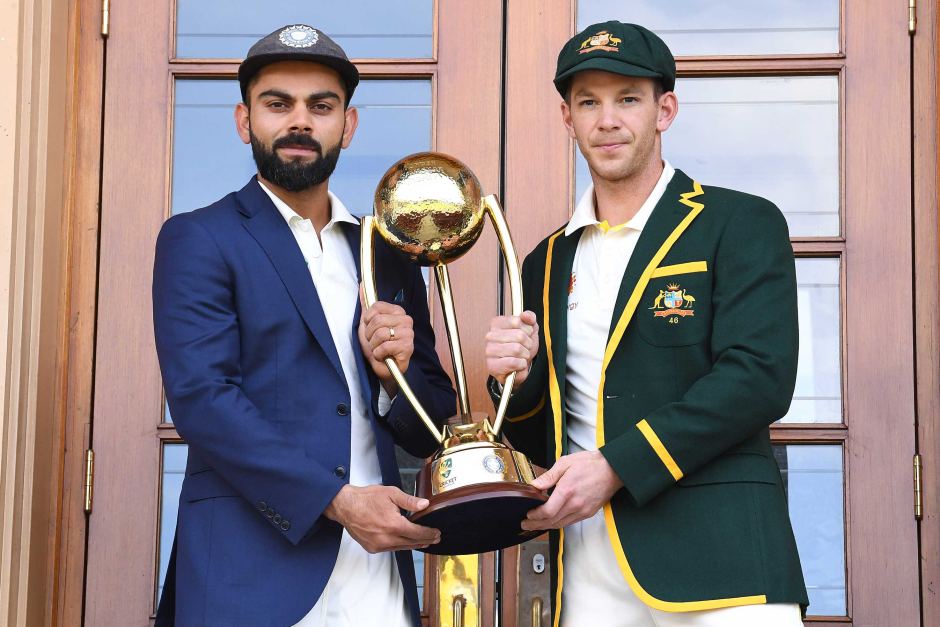 What did we learn from Border-Gavaskar Trophy?

The Border-Gavaskar Trophy 2014/15 ended in Australia’s favour. Here is Rajan Shahmaking some interesting conclusions from the last Test series before cricket turns all in various colors for about 2 months for ICC World Cup 2015.

The Smith-Kohli Trophy
Whilst the series was criticized constantly for against the nature pitches which favoured batsmen in 3 out of 4 Tests, Steve Smith and Virat Kohli made most (or should be all) of it. Many batting records were shattered in the series. Steve Smith (769) broke the 65 years old record of Don Bradman scoring most runs by a batsman in an Australia-India series. Virat Kohli (692) scored most runs by an Indian batsman in Australia and third highest in any series. Both had 4 centuries in the series. Both were captaining their sides for the first time, Steve Smith made the record of most consecutive hundreds by a Australian Captain in a debut stint, similarly, Virat Kohli made the record of back to back hundreds in three innings as a debut captain curtailed in 2 matches, 1st and 4th Test match.
India’s musical chair with Wicket keeper-batsmen begins

Wriddhiman Saha, new Test Wicket Keeper for India, how many more?
Though Wriddhiman Saha should get few more chances in home condition there are no certainties that he can be the long term successor to MS Dhoni as a most successful and longest reigning wicket keeper-batsman like him. MS Dhoni governed the wicket keeping gloves successfully for 9 long years which was passed 9 times in 6 years of instability behind the wickets before him. Nayan Mongia was the last consistent wicket keeper before MS Dhoni. The musical chair was played from Saba Karim to Parthiv Patel to Dinesh Kartik in between before India settling down to legendary MS Dhoni in last decade or so. With more than capable wicket keepers like Naman Ojha & Sanju Samson keeping tabs on W Saha’s progress expect another round of musical chairs before one grabs the spot for a longer period of time.
No Country for Old Men?

Ryan Harris, one of the most successful Test bowlers in current era
Who are the old men here? Yes, the bowlers. Precisely, the fast bowlers. Or the right arm pedestrian in one case. India has always struggled to produce quality fast bowlers. They wouldn’t have liked the conditions much this time with not only ‘bad to worse pace bowling’ but the pitches that were tailor-made for batsmen. The best bowler of the tournament was ‘An Australian Off Spinner’ (the world has come to this) in Australian pitches with 23 wickets to his name. India’s spearhead bowler Ishant Sharma only picked up 9 wickets in 3 matches with an average of almost 50 per piece. Ryan Harris who only plays Test cricket for his special services wasn’t at his smoothest best throughout the series picking up 10 wickets in 3 matches. No wonder, he was frustrated with the pitches mid-way through the series.
Virat Kohli, the one man army

Virat Kohli, the all in one mega-pack
It is not that a sport played by XI should be concentrated on one common figure but the presence of Virat Kohli made sure nothing goes pass by him for any thick of events that happened in Australia. Be it, scoring hundreds like Sachin Tendulkar, breaking overseas records like Rahul Dravid,  being there in the 4th innings like VVS Laxman or marshalling his troops with passion and aggression like Saurav Ganguly, he was doing everything the aforementioned legends were famous for individual reasons. He almost broke long standing Sunny Gavaskar’s record of most runs in a series by an Indian. And not only that, he was the one who was abused by the crowd, he was the one who was mentioned in the controversies for retirement of former skipper MS Dhoni, he was the one who kept throwing flying kisses to his Movie Star girl friend in the stand, he was the one who was hit by the Mitchell Johnson bouncer, and so on. He was everywhere. He managed all. He only got his reputation increased, and tremendously, by the end of series.
New era; same old story

KL Rahul, the new name in India’s ever expanding batsmen list.
The series ended 2-0 in Australia’s favour which did and didn’t answered much of questions in both sides. Australia still struggles with their batting lineup if you take out Steve Smith and David Warner, nobody is assure of their places for a long term period. New fast bowlers keeps popping up in Australia with the likes of Josh Hazlewood joining the ranks. Same goes for India. As they kept struggling for bowlers, they have unheralded yet another batsman in Lokesh Rahul. Murali Vijay got better. Ajinkya Rahane got sweeter. They don’t even need Cheteswar Pujara now. Rohit Sharma has shown promise for the infinite time. So, things remain same for India too. The pool of batting gets extended match by match but bowling keeps getting worse. With new captain in both sides, new era has started for both the teams with same old problems to solve.
Rajan Shah is Editor in Chief at Cricketlok. Follow him on Twitter (@momocricket).