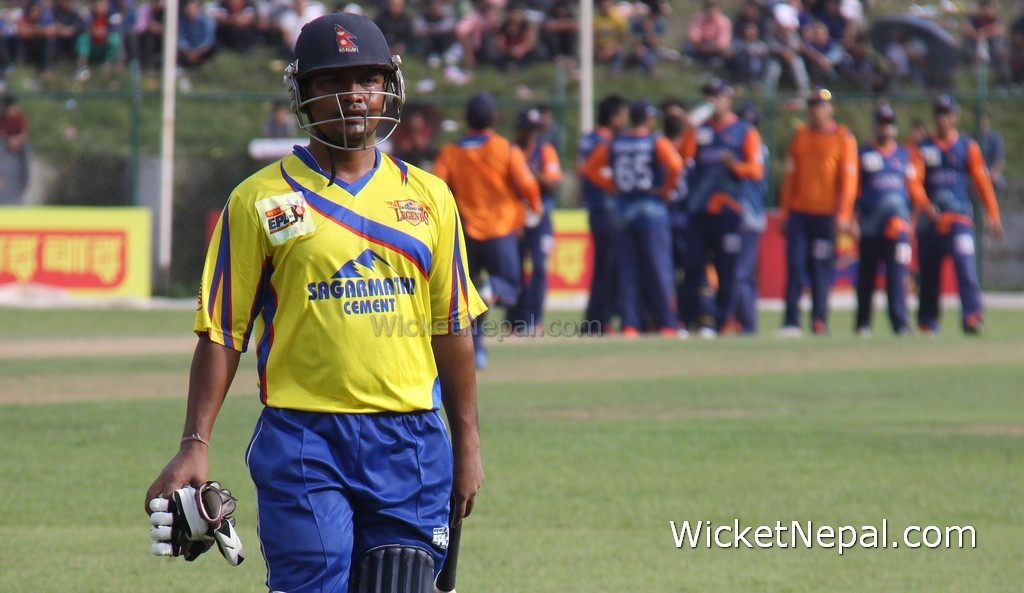 Anil Mandal in the first edition of EPL. Pic: Wicketnepal.com

A player of Anil Mandal’s caliber missing out on the biggest cricket event of the country has to go down as a shock. However, the technical head of the Everest Premier League (EPL) Binod Das inclined on the fact that it is part and parcel of the unpredictability that comes with auctions.

In a chat after the press conference, the current head coach of Nepal U-19 patiently explained few things that added up against Anil Mandal from being sold in the auctions. And not only the two-time centurion for Nepal national team but players like Manjeet Shrestha, Mahesh Chhetri, Hasheem Ansari and Sanjam Regmi were also unsold.

1. Anil Mandal qualified as a Category A player. A base price of Rs 125,000. Franchises chose not to spend more than 10% of their total purse money at the start.

2. According to the technical committee, it wouldn’t have been ethical move to demote a player like Anil Mandal to lower category after he went unsold in the auctions.

3. Technical committee didn’t have any rules or regulations which allows a player to voluntarily decrease his allocated amount to get sold irrespective of the category base price.

4. None of the franchise’s bid for him. Neither demanded the base price be decreased to suit their remaining budget at the end of the auction. (If he was demanded by any of the franchises, the technical team would then ask the player if he would accept the bid.)

5. The only way to play in the tournament for unsold players like Mandal, Chhetri, Ansari, and Regmi from here on is of any of the selected/auctioned players get injured before or during the EPL league and demands any of the unsold (but registered) player as a replacement. (He will be paid according to the category of the injured/replaced player.)

6. Last but not the least, the numbers for Anil Mandal has not particularly set any fires to his reputation as a typical t20 player. He has only one fifty in 13 recognized t20 matches. He has a strike rate of less than 80 in t20 cricket.