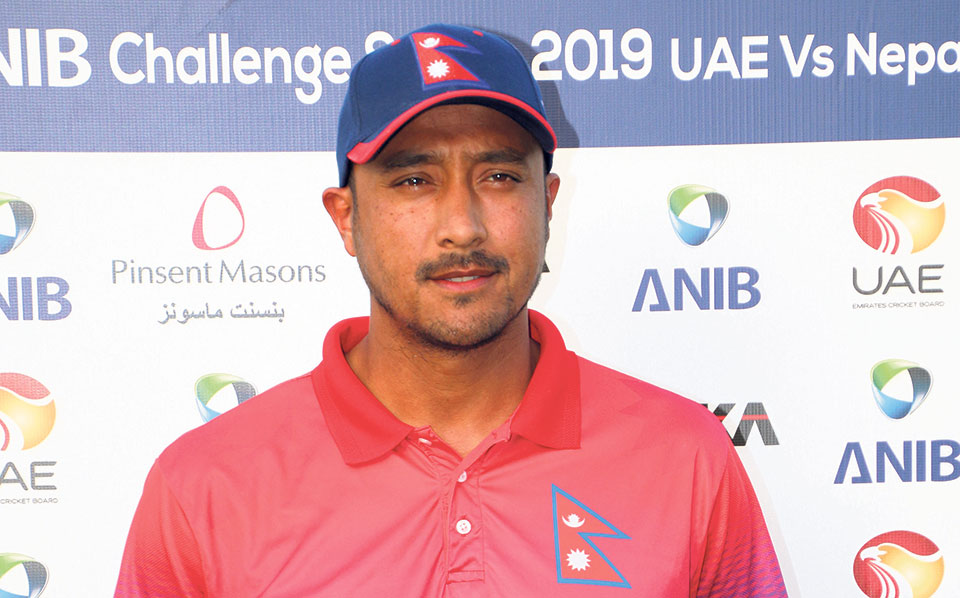 Nepal cricket has been marred by controversies and unaccountability for years. It has lacked basic facilities or requirements to create a proper playing environment for cricketers. The suspension of Cricket Association of Nepal (CAN) in April 2016 came as the pinnacle of incompetency that pushed Nepal into further uncertainty.

However, International Cricket Council (ICC) allowed Nepal cricket team to participate in its event, which came as a silver lining to keep Nepali cricketers motivated for a better future.

Nepal cricket team failed in ICC World Cricket League Championship from 2015 to 2017, but scraped through following Division 2 to stay alive in a bid for One-Day International (ODI) status in 2018. Nepal defeated Papua New Guinea in March to do just enough to achieve the much coveted status.

Meanwhile, Nepali domestic franchise events grew exponentially in the two years that followed. Nepal has three ICC sanctioned T20 premier events (most in the world) inviting players and coaches from all over the world to participate in these lucrative tournaments, including Pokhara Premier League that successfully started last year.

Nepal cricketers have faced many years of hardship, amid which skipper Paras Khadka remains the biggest constant still going strong. It has, directly or indirectly, affected many individual lives so much that Binod Das, former national cricket team captain and current head coach of national U-19 and women’s cricket team, tweeted: “I would request you to please make sure that sports and sportsmen in Nepal are treated with some respect. Sports has always made the country proud but it’s high time the country (government) makes the sports family proud.”

Khadka became the first ODI centurion from Nepal after scoring 115 runs in the third ODI match played against the United Arab Emirates (UAE) on Monday, in a three-match series played at the ICC Academy in Dubai. He became the first captain to win a bilateral series (2-1) in only the second series that the country played. He bagged the player of the series award as well.

Khadka’s performance will be the benchmark for many years to come for the upcoming youngsters. It was he who, in last 10 years, led Nepal out of wilderness of Division 5 cricket to ODI status and first series win.

The 31-year-old believes in honesty, hard-work and commitment for all his motivation, focus, and success amid turmoil at home.

“You got to be honest with everything you do in life. For me, there is no baggage. Cricket is everything for me. My career, my practice, most of the things in my life, I do honestly. There is nothing to hide. I try to be me and myself all the time. There is nothing fake about me,” Khadka told Republica. “The most important thing is to push yourself. I back myself a lot. Sometimes it comes out, sometimes it doesn’t. I think it comes down to my hard work and commitment. I just want to help Nepal cricket grow,” he added. “I want to contribute for the team, one way or the other. Focus comes automatically. Having played the game for long, it is all about keep pushing yourself and taking it further.”

He shared about the importance of surrounding oneself with good people to stay motivated and be able to perform.

“I think the important thing is to surround yourself with good people. Cricket is everything but there is life beyond cricket as well. You need to understand you have friends and family for you. You should have people who can point out what’s right or wrong. You have to accept the criticism, success and everything. Nothing is permanent, everything is temporary. Live life with no baggage, live freely.”

Likewise, he was happy with the upcoming players doing well and proving their worth every time they were asked to.

“Rohit (Paudel) has always played an important innings whenever he got the chance. I think, (Sundeep) Jora also came in and did very good yesterday (3rd ODI). Pawan (Sarraf) is an exciting talent. Then there are also others in the squad and back home who can do well. Overall, I am very happy with the team.”

Apart from Khadka, Sompal Kami also impressed his fans immensely in the three-match series. He was Khadka’s closest rival for the player of the series trophy. He batted at number four in the first match, took his (also Nepal’s) first 5-wicket-haul in ODI cricket, and finished the game with bat remaining unbeaten on 26 in the third match. “I was working hard in all three departments. I am very happy for my performances but it is equally difficult to continue the good form. I keep pushing myself form- and fitness-wise,” Kami told Republica.

The 22-year-old fast bowler shared about the positive influence that Umesh Patwal, the batting coach, has been in the team. “We plan and talk about strategies with batting coach even at dinner tables. I really love to share my ideas with him. He trusts and backs me to deliver and I feel happy to bring the results. I think the important thing is: new coach brings new ideas and when it works out, you grow confident and stronger.”

Kami also revealed that he was planning for nothing less than a century in the first match. “It was my dream to bat at number four. It was green wicket, difficult to bat, and I was sent to bat by Umesh (Patwal) sir. I won’t lie but I was really thinking to score a century, or at least settle for a half-century. I was disappointed to waste that opportunity. I am waiting for my next chance and will look to grab it with both hands.”

Nepal is preparing for three-match T20I series against the same team, the UAE, from Thursday at the same venue.