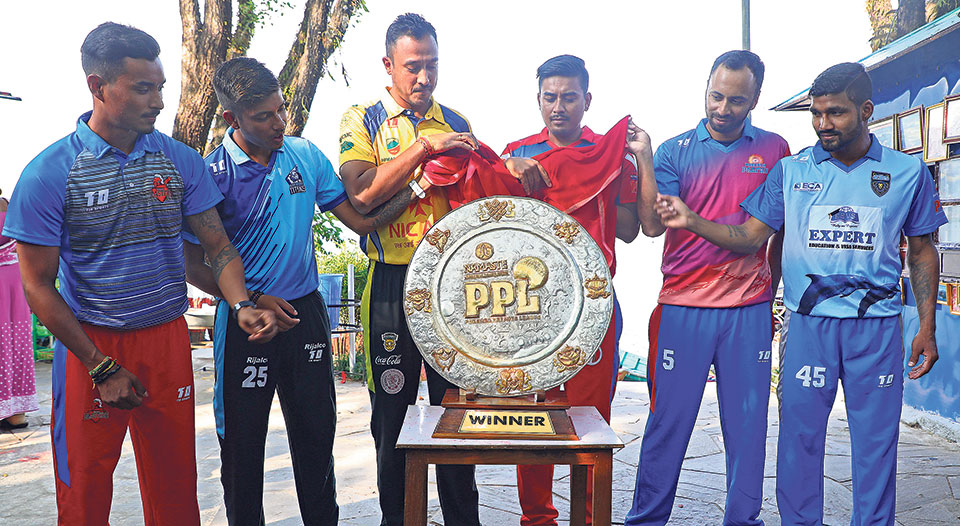 The world cricket has been taken by the storm of T20 cricket. Nepal is no exception. Whilst Sandeep Lamichhane has become a globe-trotter as Nepal’s flag-bearer, Nepal’s third ICC sanctioned event the Pokhara Premier League (PPL) is set to start today at the Rangshaala Cricket Ground in Pokhara. The PPL on Wednesday announced Rs 2.7 million, the highest winning prize and Rs 1 million for the first runner-up.

According to Chhumbi Lama, the managing director of PPL, this kind of event will help for the development of cricket from grass root level by inspiring the players to take this sport at an early age.  Similarly, the vocal support from the local government, including the Chief Minister and Tourism Minister Rabindra Adhikari has been encouraging for the sports. If nothing else, the growing professionalism in Nepali cricket has been a welcome change. A local Nepali player can dare to earn from playing cricket and survive without looking for side jobs. 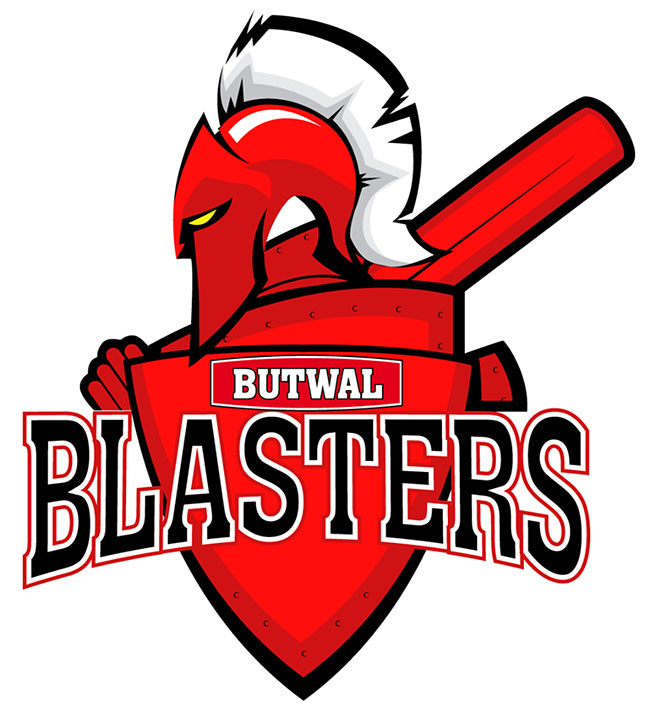 A young team by all means and a core that was crucial to win the preceding franchise T20 tournament in Dhangadhi under the captaincy of Sompal Kami has been retained. The captain himself will be high on confidence after his success as a leader in last year or so in the able and successful partnership with the United Arab Emirates (UAE) captain Rohan Mustafa.

The fellow UAE opening batsman Chirag Suri will be an upgrade. Lalit Bhandari, Shankar Rana, Samsaad Sheikh and Rabindra Jung Shahi are the other members of Kami’s troop that has tasted success in Nepal’s franchise T20 cricket after Paras Khadka and Sarad Vesawkar.

Strengths
Sagar Pun made a great comeback in the national team in the Asia Cup Qualifiers that was held in Malaysia on back of his good run in the Malaysian Premier League. He remains the biggest asset on current form despite numbers and statistics not supporting him in the domestic events.

Lalit Bhandari remains the rarest talent of Nepal being an effective left-handed pacer. The young unit of Bhim Sarki, Sidhant Lohani and Hari Bahadur Chhetri along with Pun, Suri and Kami himself makes it best fielding unit of the upcoming PPL.

Weaknesses
Blasters is light in spin bowling despite having as much as four left-arm options in Samsaad, Kharel, Khatri and Thapa along with the off-spinners Mustafa and Pun in the team. However, no lack of experienced spin bowler might harm it in crucial situations. Blasters has a good top order but an in-experienced middle order with likes of Sarki and Lohani to boot.

Verdict
A young and dynamic team which has tasted success in past but question marks remains on overall experience of the squad playing in the high stakes franchise league like the PPL. Players like Chhetri, Kharel, Haseem, Neetesh, Khatri, Suri, including others will be playing their first franchise league whereas players like Lohani, Pun, Sarki, Bohora, Prakash, among others has not set ablaze in previous editions of the format.

A top three finish is likely if the key members like Kami, Mustafa, Pun, Suri and Lalit remain in form throughout the tournament. 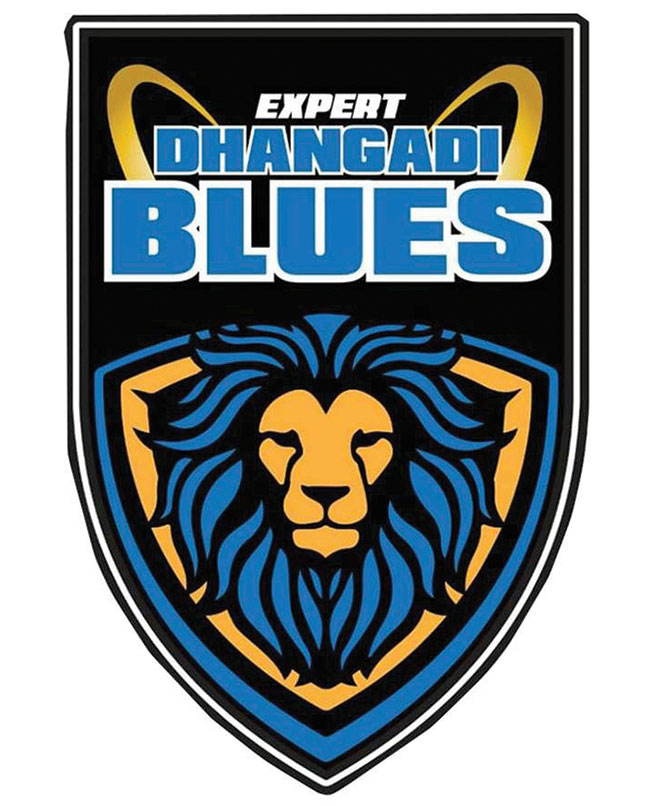 The miserly team at the auctions focused mainly on players who have played together in the past for their respective home region far-west with an exception of very experienced Manjeet Shrestha and the latest left-arm sensation of Nepal Sagar Dhakal. Like Blasters, Blues too mainly focused on young talents under the young leadership of Dipendra Singh Airee. Dilip Nath was Blues’ highest paid player at the auctions. The arrival of Daniel Lawrence, the former England U-19 and current Essex County regular and Somerset County cricket veteran Peter Trego adds glamour to the side whereas Blues has not announced any local iconic players for the tournament starting on Friday.

Strengths
The addition of Lawrence and Trego has boosted the squad in the absence of quality current national player in the squad apart from captain Airee himself. Trego, who can bowl pace too, will be more than handy addition at the top of the innings. Lawrence has been touted as future England player. Sundeep Zora and Dhakal have been in magical touch for the Nepal U-19 team.

The team from the far-west also has good hard-hitters in Shrestha, Saurabh Khanal and Kamal Singh Airee in the team. Blues arguably has the best wicket-keeper batsman in Nath. In a tourney where pitch is supposed to help bowlers more than batsman, Nath’s role behind the wickets can be crucial for the fortunes of Blues team.

Weaknesses
In-experience will be the key with majority of players new to the franchise cricket system. Apart from Airee, Nath, Shrestha and Khanal, most the players are relatively fresh to the T20 concept and neither has made any substantial contribution to any of the respective franchise side they have been part of in last few years. Similarly, both the international players, Lawrence and Trego, have never played in Nepal before.

Verdict
Despite having talents in abundance, Blues might fall short in experience to win crucial moments that can define its campaign. Trego and Manjeet remains its most experienced players but the former will be playing for the first time in Nepal whereas the latter has not made any significant contribution in the past. In a hushed tone, the bottom finish looks most likely result for the team at the end of the group stage. 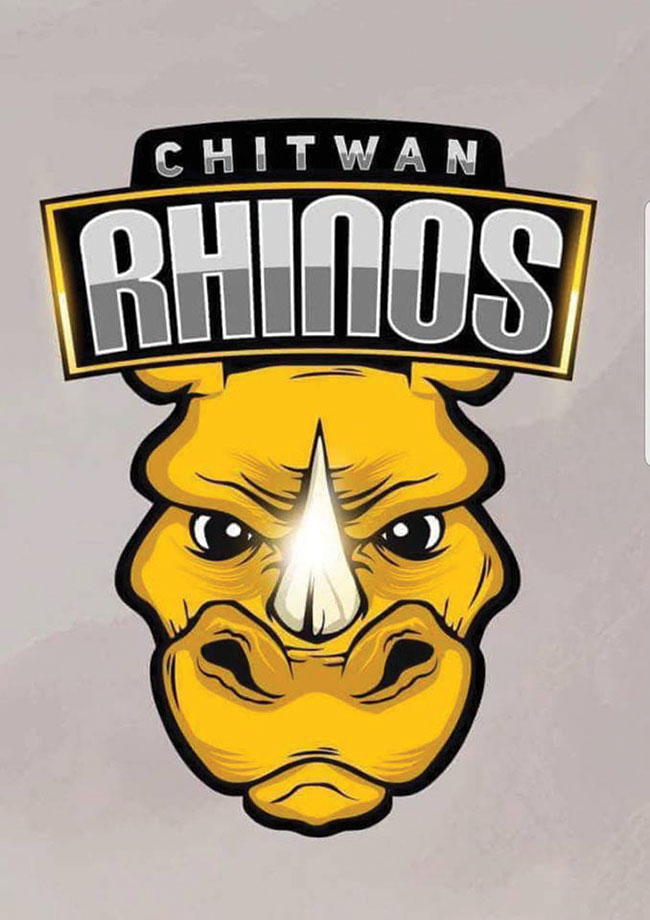 Rhinos was the only team of the auction that had to pay penalty after exceeding the maximum limit of the auction budget. However, it arguably has assembled the most high-profile team of the tournament with the likes of Aarif Shiekh, Anil Kumar Sah, Karan KC and Shakti Gauchan having no scarce of reputation when it comes to the franchise T20 cricket. Its biggest drawing point remains the mercurial leadership of Paras Khadka, who has a track record of winning two franchise T20 tournaments in Nepal. The addition of mystery-spinner Sunny Patel and batsman Smit Patel from India adds more venom to the side.

Strengths
The motivational leadership of Paras Khadka will be a key to rally the troops together which include the youngsters like Sumit Maharjan and veterans like Shakti Gauchan. Similarly, the presence of Nepali domestic cricket’s most valuable player Aarif Sheikh in the middle order makes it the heavyweights with both Sonu Tamang and Karan KC able to make big hits alongside him. The experienced duo of Gauchan and Bhuvan Karki take the spin bowling duties in their able shoulders. The inclusion of Sunny Patel, the proven match winner in Nepal, will be the X-factor who can bowl or bat at any position and situation of the match.

Weaknesses
KC and Gauchan’s bowling numbers have been fading in recent times. Same can be said for Ram Naresh Giri which leaves Rhinos with only Sunny Patel as an out and out strike bowling option. Rhinos’ bowling can struggle if oppositions can target certain bowlers.

Verdict
A very strong team on paper. The batting power is good enough to cover for any lapse in the bowling department. Rhinos bats deep which is a tremendous advantage in T20 cricket. With match-changers like Khadka, Sheikh and Sunny as genuine all-rounders, this time the team has every ingredient to go the distance. Rhinos should finish as league leaders after which it is anyone’s game. 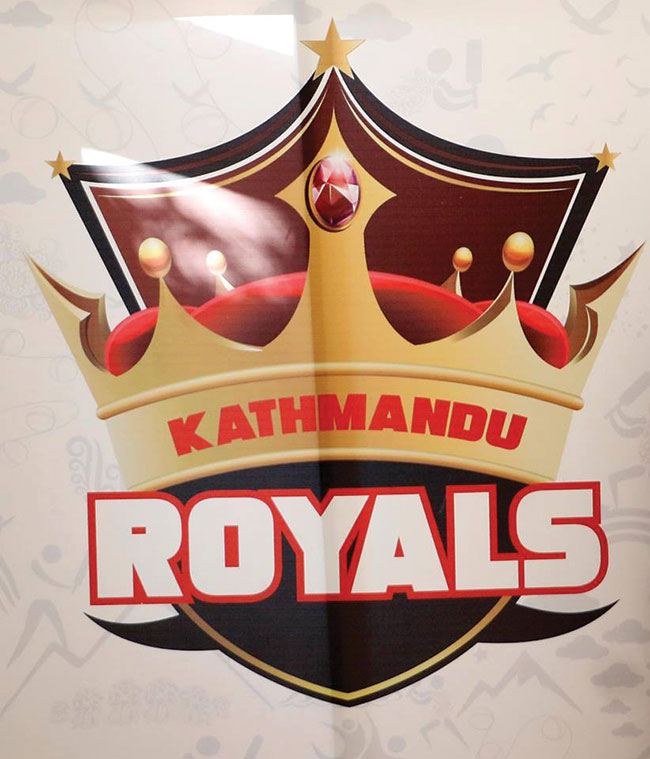 Strengths
A very balanced squad with plenty of options in all departments and required experience. Rich in opening batting, Jaykishan Kolsawala, Amit Shrestha, Khan, Naresh Budhayer and even Gyanendra Malla himself give it plenty of options to ponder upon. Similarly, Prithu Baskota gives it balance in the middle order with his experience. The spin department looks well balanced as well with the effective trio of Basant Regmi, Susan Bhari and Pawan Sarraf.

Weaknesses
Pace bowling is an issue for the Royals squad with Nandan and part-timer Routela leading the line. Also, there are too many opening batsmen in the squad with Khan, the former U-19 batsman, might get pushed down the order to complete the playing XI. Likewise, it does not have the same firepower in lower order to get that extra runs and push the par score in the late overs.

Verdict
Top three is possible only if Royals can address its opening bowling woes. With the other teams looking more balanced with required amount of pacers, middle order batsmen and lower order dashers, it seems difficult for Royals push for the playoffs. Bottom three in the league table seems more probable on the paper. 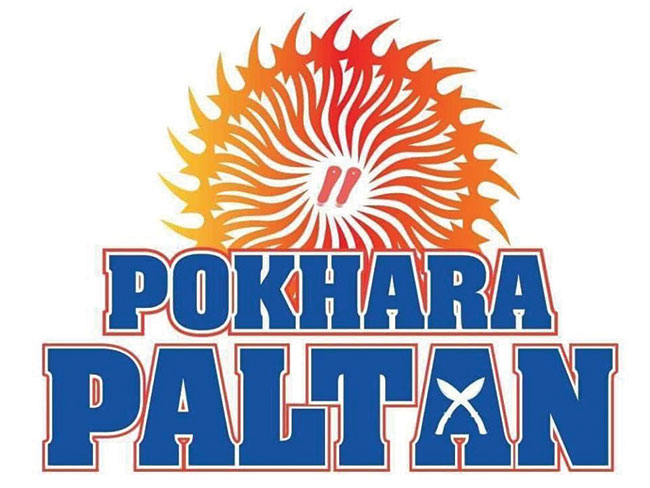 Strengths
A team with plenty of match winners. The proven leadership skills of Sharad Vesawkar combined with coach Das makes it a formidable unit on and off the field. The presence of young and energetic players like Paudel and Sheikh is set to complement the explosiveness of Bhandari and Bhurtel. Veteran players Alam and Khatri’s experience will come handy in a cut throat format like T20 cricket. The pace bowling is arguably the best or in par with Blasters in the league with the likes of Naveed, Rashid, Krishna Karki and even unpredictable Divyanshu Malik.

Weaknesses
Lalit Rajbanshi is the only recognized spin bowler in the squad with Vesawkar as the only other option if need be. As the fresh pitches in Nepal normally behave slow that might become counterproductive for the team with plenty of pace bowlers.

Verdict
Top-two finish is possible if it can find ways to add value to its spin bowling combination and support Rajbanshi. But in any case, Paltan’s batting and pace bowling should be good enough to keep it in hunt for the top finish before settling for playoffs. 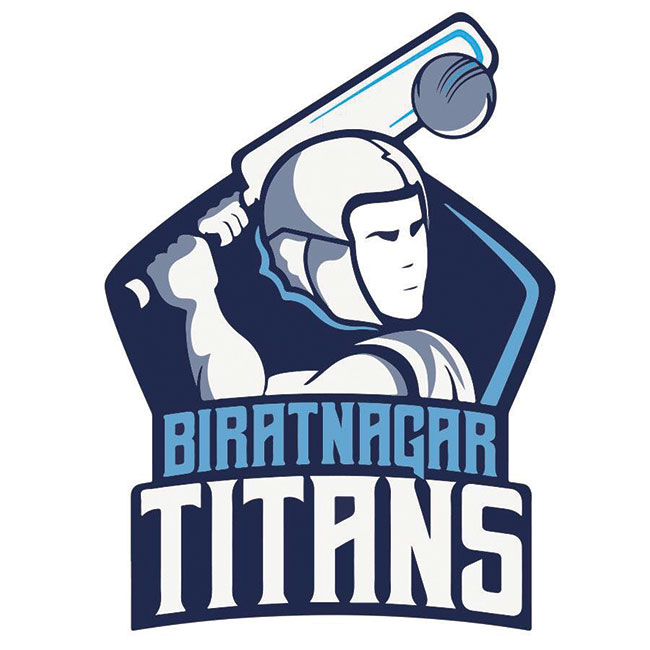 Strengths
The one and the biggest name, Sandeep Lamichhane will be the mercurial leader for Titans in the PPL starting today. The presence of ever-consistent Sunil Dhamala and rejuvenated Pradeep Airee makes up for a strong top order along followed by a middle order of Rijal, Thapa and Pulami. Lamichhane will have a good support from consistent and economical Shahab Alam.

Weaknesses
Not having big names in the squad apart from Lamichhane might hamper it in crucial moments of the match. The middle order of Rijal, Pushpa Thapa and Rajesh Magar Pulami might be too feeble for difficult situations during the match.

Verdict
Not much to speak for apart from Lamichhane and the opening duo of Dhamala and Airee at some extent. Titans success much depends on how the young spin sensation will fare in the tournament and on the pitch supposed to help slow bowlers. Concluding, it can be too much to ask from three or four players only.

THIS ARTICLE WAS FIRST PUBLISHED ON REPUBLICA DAILY ON OCTOBER 26, 2018