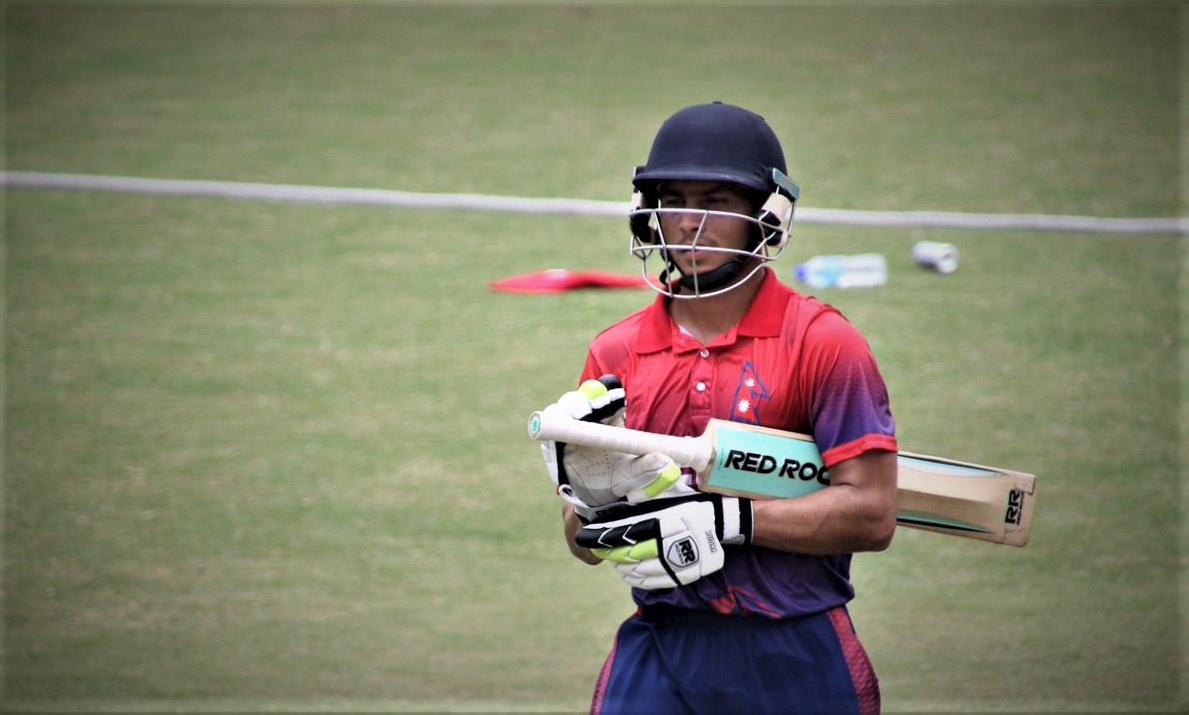 The fans, media, well-wishers and everyone mildly related with Nepali cricket are upset and dejected. “Leaving Malaysia with a sick body, tired mind and disgusted feeling. It will take some time to get over this, but we will come back stronger than ever before,” tweeted Binod Das, the head coach of the U-19 team who, helplessly, observed the debacle happening in front of his eyes.

However, the current squad is filled with some refreshingly exciting talents, who, despite the campaign’s depressing ending, has to be noted. Nepal’s best U-10 team ever was the most used phrase praising current batch assembled by Das since last two years.

Nepal’s age group cricket has held long tradition of producing better results at this level than the country’s senior side or matter in fact nation’s any international sports team. The win against established international teams like New Zealand, South Africa, Zimbabwe, India, etc have all tasted defeats against Nepal.

Nepal cricket’s ‘Achilles’ Heel’, batting, has been the most satisfying part of this team. This squad won’t participate in the world cup and won’t get chances to defy all the odds like previous times. But fans have every reason to be excited about the batting riches in future. If the current crop can keep their head down and are properly groomed, Nepal can have boot its own batting prowess.

The captain, the player who has already sealed his place in senior side playing XI, the world record holder for being a youngest player to score an international fifty, led his side from the front throughout the campaign. His batting temperament, at times, seemed perfect for middle orders as he kept anchoring Nepal’s batting with aggression. A proven senior player batted with a strike rate which shows he can take on the bowlers when needed, a rare quality among Nepali batsmen. He was instrumental in posting winning totals against Singapore (95 runs) and Oman (75).

One of the purest Nepali opening batsman to ever emerge from age-level setup, consistently scored runs in this tournament. Scores of 44, 39*and 62 against the UAE, Malaysia, Kuwait respectively hints towards his consistency, especially, against the quality attack of UAE which Nepal lost. If the former U-16 national captain continues his progress, works hard and improves his strike-rate, Nepal, for once, can hope of finally solving the opener’s conundrum.

While Pawan Sarraf scored more runs at top of the innings, Bhim Sarki’s strike rate and consistent scores down the order makes both of them equally important for the team. While the all-round brilliance of Sarraf kept Nepal dominant, Sarki’s hunger for runs at quick rate pushed the total (or chase) just a bit more to give that extra edge to Nepali batting. And something that scorecards don’t suggests, Sarki, arguably, is the best fielder in Nepal.

Some might argue Sarki batted too down the order, but he was the perfect one to take on the opposition bowlers after the foundation had been laid by Sarraf or Gautam. As seen in the UAE match, Sarki is able to rotate the strike, build partnerships, anchor the innings and finish excitingly (53 runs).

These four are the most exciting batsman coming through Nepal’s youth setup. Sundeep Jora missed out but he has already made debut for senior team suggesting his abilities. Aasif Sheikh contributed in patches. Hari Bahadur Chauhan grabbed his opportunity with both hands. Some of his shots, like scoops, were breathtaking.

The 2012’s squad have almost nil involvement in current senior squad despite starting well in their initial days. Subash Khakurel, Sagar Pun, Avinash Karn and Pradeep Airee all looked good when in form but are struggling to find place in playing XI today with their inclusion frequently questioned. From 2016’s batch, Dipendra Singh Airee and Aarif Sheikh have cemented their place in senior batting lineup with former being the ultimate match-winner on his day.

In these time of small margins, the four names came like a silver linings in the dark cloud, Gautam can be the opener Nepal has been crying for. Paudel, can be the spearhead of Nepal’s batting in coming years and, Sarki, the explosive specialist finisher. It is still too early but seeing the way Gautam and Sarki shrugged of poor Dhangadhi Premier League (DPL) form and performed in this tournament, albeit against weaker bowling and better conditions to bat, if they continue their good work, it won’t take long until we see these young guns carrying Nepal’s batting on their shoulders.