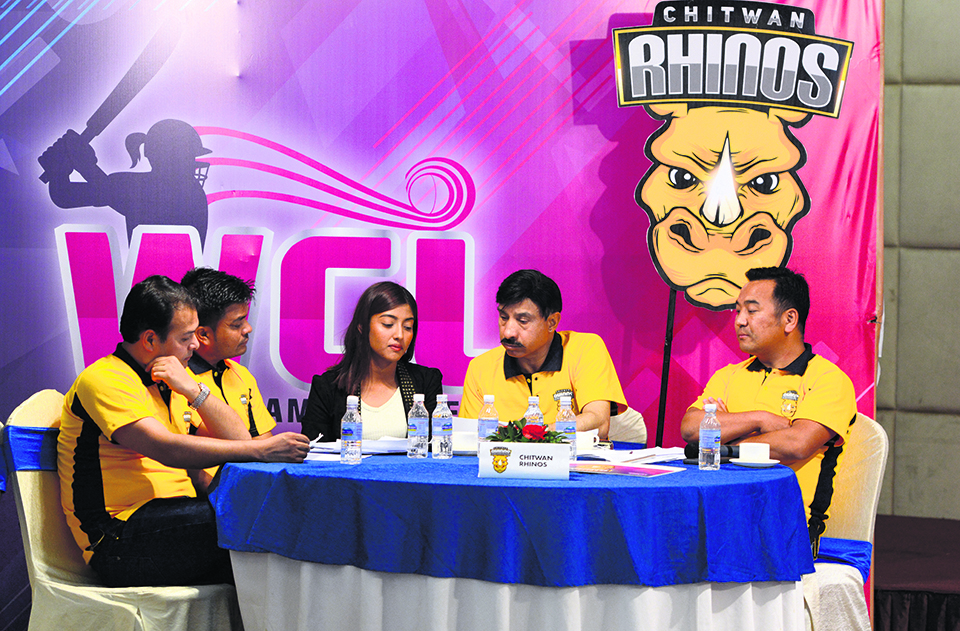 The first ever players’ draft ceremony in Nepal was held for the upcoming first season of Women Champions League (WCL). The event for the women’s premier cricket league organized by Queens Event Management Pvt Ltd was completed after 55 players were drafted.

The remaining three franchises spent Rs 425,000 each to complete their teams.

Lalitpur Falcons led by marquee player Nery Thapa drafted Mamata Chaudhary and Karuna Bhandari for Rs 75,000 each as their two most expensive players.

Similarly, Kabita Kunwar and Bindu Rawal were the two most expensive buys for the Pokhara Paltan. Marquee player Sita Rana Magar-led Paltan, which also owns a men’s franchise team in PPL, spent Rs 50,000 each for Anjali Chand and Anuradha Chaudhary.

Each team will further contract two players from Wild Card to complete a final squad of 14 players. No overseas players will take part in the league for the first edition.