Fresh players keep turning up for Nepal despite obscure future 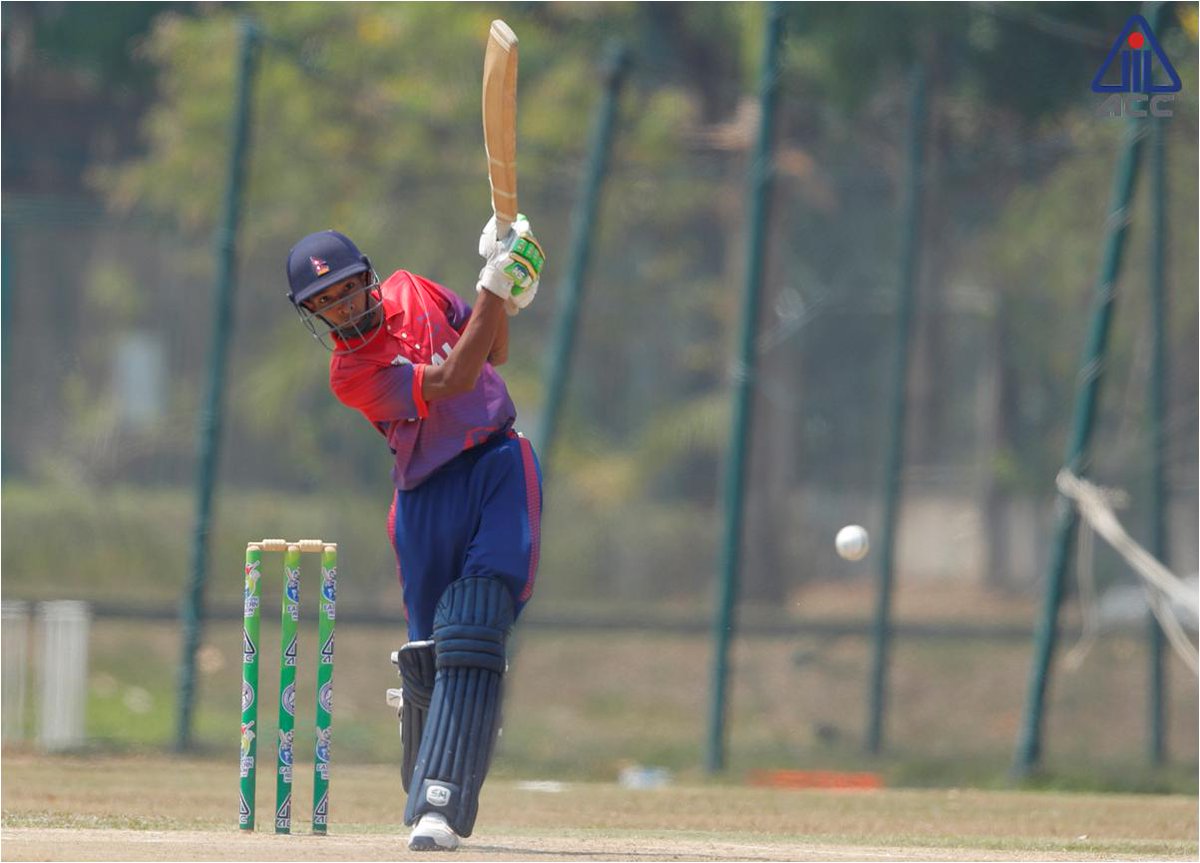 Fresh players keep turning up for Nepal despite obscure future

In a matter of weeks, Nepal’s U-19 cricket team almost qualified for the ICC U-19 World Cup, whereas U-16 team comfortably defended its ACC U-16 Eastern Region cricket championship title.

U-19 team faced an agonizing loss by a run under DLS method against the United Arab Emirates in a rain-marred match during the ICC U-19 Cricket World Cup Asia Qualifiers held in Kuala Lumpur, Malaysia on April 13. On the other hand, U-16 team defeated Malaysia in the final by 59 runs, on April 28 in Chiang Mai, Thailand, to defend the title.

U-19 team was touted as one of the strongest group of players ever assembled with many players already represented in the senior national team. A brand new batch of U-16 players has already been casted to compete with already blossoming age-level scene in Nepali cricket. However, with lack of a governing body and proper domestic cricket calendar, they have nothing concrete to look forward to.

Players like Rit Gautam, Pratish GC, Kushal Malla, Surya Tamang, etc have already graduated to U-19 team and have represented franchise domestic teams, whereas players like skipper Bishal Bikram KC and Suwash Ayer further solidified their growth by winning two U-16 tournaments in three years. KC, who was promoted to captaincy in the final of 2017’s edition in Gautam’s absence due to illness, was awarded player of the match.

However, KC, who idolizes Sachin Tendulkar, was not satisfied with his performance in this edition despite winning the player of the tournament award. He aims to represent Nepal in international forums in the future by signing contracts like Sandeep Lamichhane.

“My focus is on U-19 national team now. I will look for senior place later. Maybe, I will not be able to play IPL like Sandeep Lamichhane but I will keep working hard.”

In a long list of passionate youngsters taking up cricket as career, KC is another name backed by his family.

“I was fond of cricket since class 5. But I took it seriously only few years ago. My parents, especially dad has been supportive of my cricket.”

He, like Lamichhane, Sompal Kami, Karan KC, Rohit Kumar Paudel and others, has benefitted from learning cricket in India. “Father arranged a 24-hour training setup for me in Greater Noida three years ago. I have been learning cricket in New Delhi since then.”

KC’s career parallels with the suspension of Cricket Association of Nepal (CAN). He played a key role and won two major trophies for Nepal in 2017 and 2019, while Nepali cricket continues to suffer from lack of guardianship at home. It was his family, friends, and local coaches who kept him up to date with happenings in Nepal. “My Nepalgunj coach Guddu Guru (Dipendra Singh Pratap) informed me about the selections in 2017.”

“KC is a standout talent. Kumal is good prospect for longer format of the game. Left-arm spinner Kurmi is an excellent bowler. Nikhil Singh is a tidy off-spinner who can bat as well. Mahat is also good. Patel took his opportunity in the final. Leg-spinner Tilak Bhandari is also a good option for future,” said Shahi in conversation with Republica.

Amid all this, fast bowling remains Nepal’s Achilles’ heel. Producing a certain kind of player is a generational achievement. A full functioning governing body would have planned and organized a special camp or program to help identify and groom fast bowlers. As Nepal lacks a proper domestic setup, special arrangements may not be possible.

“There is no proper cricket at domestic level. T20 cricket (franchise events) will not take our cricket anywhere. U-16 players are the foundation. They are supposed to develop into senior players for future. But unfortunately we do not have matches to give them. Our bench strength has nowhere to look forward to,” added Shahi.

International Cricket Council (ICC) had arranged lodging for the team in a 5-star hotel. Players and staff were provided a daily allowance of 25 dollars each for food and other stuff. The team used to eat outside the hotel to survive on the daily allowance. Any additional money, like prize money for winning the tournament was the only saving the players could make.

The suspension of CAN has hit women and age-level cricket harder than the senior team. The ODI status will be in turmoil if Nepal doesn’t start to groom players who can replace the aging senior players in four years’ time.

Young and passionate players like KC, Kumal, among others continue to go back to India to stay in shape as there is no proper cricket for age-level players in Nepal. Some will continue to play, while others will opt out of cricket and look for secure career opportunities elsewhere. In that case, Nepal might miss the chance to see another Lamichhane or Paras Khadka.

This article was first published in Republica Daily on May 5, 2019 edition.