The paradox of opening batting 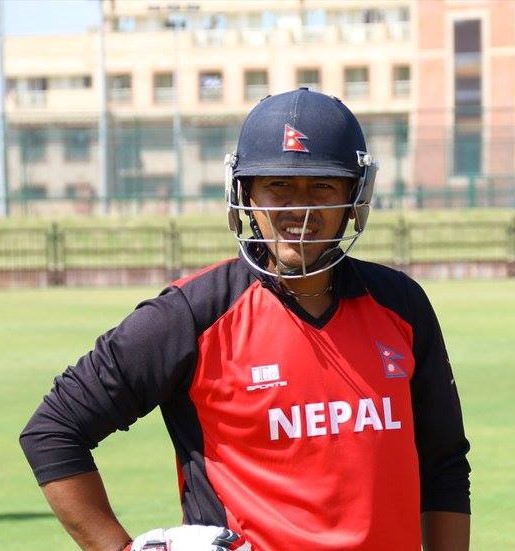 The paradox of opening batting

Openers as we all know are the first set of batsmen in the innings. In any form of cricket, openers play crucial role to get the innings off to a good start. Early fall of wickets can add negative psychological impact on the rest of the teammates. The team which does exceedingly well in world cricket always have good openers. For example: Rohit Sharma, Hashim Amla, Jonny Bairstow, David Warner, Chris Gayle, Kyle Coetzer, Paul Stirling, Mohammad Shahzad are few names who constantly puts runs for their respective teams.

Nepal has long craved for a consistent opener. Nepal is considered as the bowling dominant side in the world of cricket.  Nepal reasonably felt dearth at batting in the past was primarily because of the poor start at the beginning by the openers. Considering 36 ODIs (World Cricket League 2 set to start from 2019-2022) is set to start soon with a campaign against USA and Oman on February at TU cricket ground, Nepal has annex pressure in their batting.

The national team has invested heavily on Gyanendra Malla since past two years as an opener. Malla is contemplated as a technically sound batsman. Malla always starts his inning confidently, but like other Nepali batsman, struggles to maneuver his innings. Probably, that maybe the reason opening the batting never came natural to him. After his promotion to opening, he has a poor record compared to his runs when he batted at number three. Although having the series of failure he somewhat silenced his critics by becoming Nepal’s first-ever ODI half-centurion.

Swashbuckler Malla’s recent tour to the United Arab Emirates (UAE) remained another failure. However, Paras Khadka (captain of Nepal cricket team) has always been frank about importance of playing as a unit than individual performance, which is correct grossly. Famous marathon athlete Eluid Kipchoge has said “100% of me it’s nothing compare to 1% of whole team”.

Switching the perspective suddenly a question arises, what if the contribution from the individual in the group is not at the same level as other with his performance level. In a long run, everyone needs to reinvent themselves because the single decree of cricket is the constant flux. Change is the only constant.

In the other side of context, Sunil Dhamala has scored bulk of runs in the difficult circumstances. Pitch standard of Nepal domestic leagues is not archetypal for the batsman beside that if you are an opener than the challenge becomes twice as hard then before. He has a better average among current batch of openers and more importantly all those runs were accumulated while opening. Cricket expert Rajan shah says” Nepal’s quest for a consistent opening batsman won’t stop until Sunil Dhamala gets it. It is written in the stars”.

Nothing is entirely current national management’s fault. It’s been three years since Cricket Association of Nepal (CAN) got debarred by ICC, exactly the same number of years Dhamala started producing the goods. If we analyze cricket association of Nepal precisely and investigate further on the basis of two or let’s say three years of achievement, it is an eye bird view which is too myopic. Nothing significant had happened in all those years when the association was active. This can happen again, we should learn the lesson from the shambolic history of CAN, not just to understand it but not to repeat it.

Nepal don’t even have many options when it comes to specialist opening batsmen. Dilip Nath played as wicket keeper- batsman in the cut-throat WCL 2 held in Namibia last year. He struggled throughout the tourney. Young Nath was dropped afterwards. Years of toil in the domestic game, get the call up, prove yourself and then get dropped would be devastating to anyone. A left-handed, wicket-keeping opening batsman is a rare talent that Nepal can’t afford to get fade away just like that. In fact, he hardly opened before in domestic leagues before the national duties he was bestowed upon. He wasn’t the first youngster to have been given the role.

Anil Sah is another name that makes the list. After few unsuccessful tour he got dropped from the team. Arguably, he never got a settled role in the team. From finisher to opener, he was tried everywhere, sometimes as extensively as changing his position in every other match. However, the phenomenon of dropping and changing should be applicable to everyone in the squad.

Subash Khakurel is palsy-walsy to Nepal cricket. He has far better record than any current batch of openers. Unfortunately he suffered a motorbike accident, but he did made a comeback in national team but the old vintage Khakurel was missing entirely. He was heavily criticized by supporters for his slow knock during Asia Cup Qualifier where Nepal desperately needed to achieve the target as quickly as possible. Inevitably, he was short of quality match practice and confidence at the moment. Since then he has been withdrawing his name from all franchise tournaments, the reason which Khakurel insists on hand injuries.

Nepal cricket has so much potential, only cliché revolves around monopoly and corruption which had happened in the past. If we manage to balance off the field development with on the field performance, not only we will find a good opener but also will open the vast possibilities lies within Nepal cricket team.