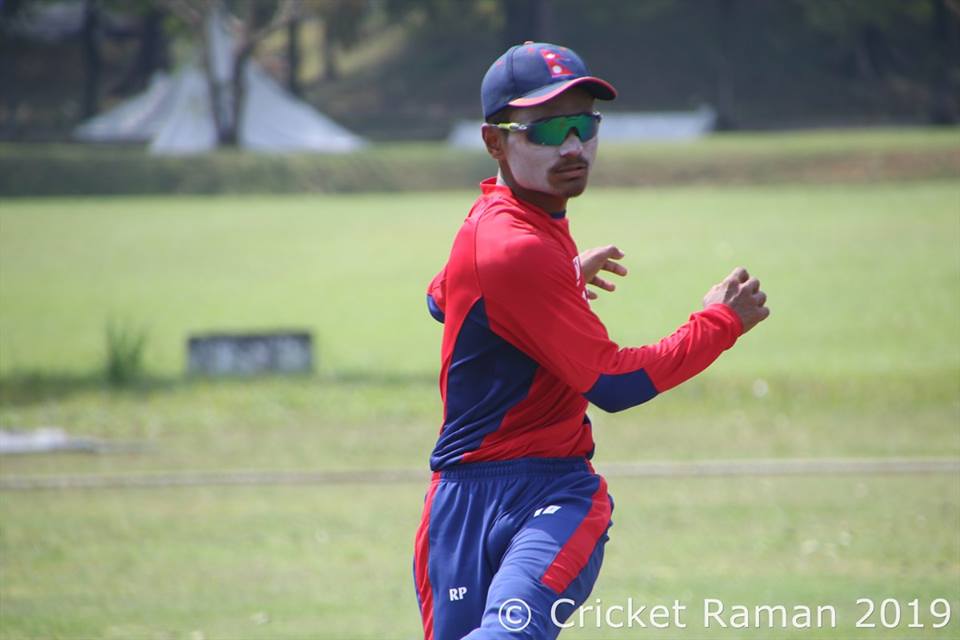 Middle order veteran batsman Sharad Vesawkar has returned in the 14-men final squad for the ICC World T20 Qualifiers Asia Regional Finals set to be held in Singapore next month.

Nepal will face Malaysia in a two-match T20I series before heading to Singapore for the qualifiers.

Vesawkar, who famously led Nepal into the ICC World T20 2014 playing some crucial cameos during the ICC World T20 Qualifiers 2013, had missed Nepal’s series against the United Arab Emirates (UAE) due to illness.

Head coach Umesh Patwal, also part of the selection committee, stressed on Vesawkar’s contributions for the Nepal cricket team over the years at a press meet held in Kathmandu on Sunday.

“He had to miss the last series due to illness. But he is fit now. We all know he has always done well for the national team.”

Young all-rounder Pawan Sarraf has been retained with Karan KC and Sompal Kami as fellow senior all-rounders in the team. Sarraf will also travel with the U-19 cricket team to participate in ACC U-19 Eastern Region, the qualifying event for Youth Asia Cup. He will be accompanied by U-19 skipper Rohit Kumar Poudel who made a comeback in T20I team after doing the same during the ODI series against the UAE.

“Rohit has world record to his name. He is also captaining the U-19 side. We have eyes on future as well,” said Patwal.

Sundeep Jora, the world record holder for being youngest batsman to score an international half-century in T20 cricket, also on his debut match, has been omitted. He made his debut for Nepal in series against the UAE.

Similarly, Aarif Sheikh who has played one T20I and six ODIs for the national team lost his place for the T20 campaigns.

Likewise, the team has been trimmed to 14 men with Bhim Sarki, the U-19 batsman, excluded from the squad. In-form batsman Amit Shrestha, former U-19 captain Raju Rijal, left-arm spin duo of Susan Bhari and Shahab Alam, all-rounder Kushal Bhurtel, and young fast bowler Nandan Yadav also struggled to secure a place in the final shortlist.

The team is set to depart to Malaysia for preparation on July 9 where Nepal will play two T20I matches against Malaysia on July 13 and 14 before traveling to Singapore for Asia Finals 2019 on July 20 from Malaysia.