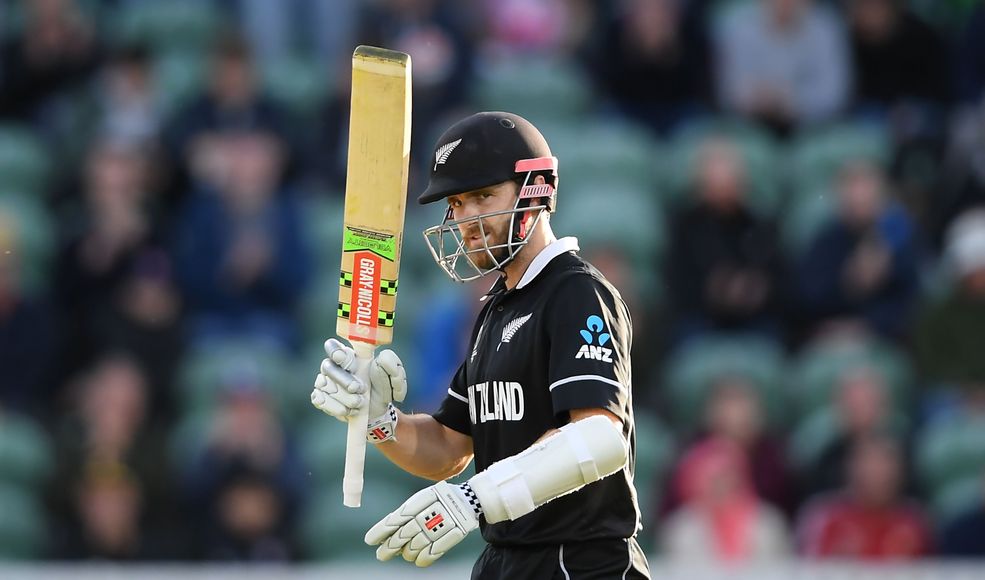 ‘God Defend New Zealand’ played on the stadium of Old Trafford at Manchester. The event was the world cup semifinal and the place on the cricket’s biggest match was on the line. The Kiwis sang the national anthem passionately in Maori and English languages. The New Zealand captain afforded a smile at the end of national anthem. This was the typical Kane Williamson. Only the very coolest among the coolest can have the smile at the face after the national anthem, even less often when the occasion is the World Cup’s semifinal.

England are slight favorites to win the cricket’s most coveted prize at the ‘Home of Cricket ‘, thanks to their supreme batting form and the way they have played ODI cricket in these 4 years. New Zealand, the team which nobody expected to reach the final 6 weeks ago, face the team which everyone expected to be here.

Kiwi captain has been the fulcrum of the team. But New Zealand believe they can go one step better than 4 years ago, all thanks to their supreme leader. Williamson has contributed with the bat immensely, probably more than any Kiwi fan would have expected at the start of the tournament. The rest of the big guns have failed to fire but their captain has been in the center of everything, from finishing the game against South Africa to taking Jadeja’s catch in high voltage game.

Probably, it is the nature and behavior of Williamson that inspires other to reach outer limits of their potential. The batting has not been as fluent as they would have liked or planned but the way everyone is contributing for the team is amazing. From Trent Boult advising Lockie Ferguson to set the field right for MS Dhoni in the match deciding over, to Ross Taylor helping Williamson in the field, New Zealand act as a strong unit and that is why they keep their calm even in the nerviest of moments.

It feels like Williamson controlled the semifinal. From winning the toss to executing the plan perfectly against the best batting lineup in the world, the semifinal was parallel to Williamson’s nature on the field, slow but burning, calm but lethal. It was not the high scoring, overly enthralling match with bowlers looking like bowling machines, but an absolute pleasure to watch, the battle of skills, adjusting to conditions mindset and intent. That is Kane Williamson. You might not see him pulling the fast bowler over  the fine leg from outside the off stump like ABD does , you might not see the yorkers being hit for six like MSD does but Williamson is the cricketer with unrivaled understanding about cricket, intent and focused on his game.

Probably, there is no better leader than Kane Williamson in world cricket who reads the pitch and conditions as he does. If it was possible, with the kind of knowledge Williamson possess, you would win the cricket matches on the moon. He does not show behavioral aggressiveness and frustrations on the field which helps his teammates a lot.

When the moments are tight, you look at your captain and he is calm and focused to win the game, you get the positive energy to do the best. Williamson is the example that behaving aggressively on the field and taunting opposition does not make you an aggressive leader. He has shown that getting in to the field to whack your opposition every time is not the way cricket’s game is won. The calm and lethal persona of Williamson has, undoubtedly, helped New Zealand rip apart the most iconic top order in today’s cricket. This is not the first time New Zealand have outplayed India in the leadership of Williamson. Back to 2016 World T20, New Zealand defended less than 120 on a difficult surface, the first instance the world witnessed the game being controlled by this phenomenal leader.

Many have described New Zealand’s semifinal victory over India as an upset. Many think New Zealand punched above their weights. They were not the favorites like their final’s opposition but they were always capable of winning that coveted trophy. Any team in the world would fancy their chances if they have the captain like Williamson. How many times have you seen Williamson arrive on the crease with Kiwis reeling, open the face of the bat, takes single to the third man and anchor the innings?

He is the fulcrum of New Zealand. He will have the chance to put the dismal world cup final outing of the last edition behind him. 4 years ago, the brand of cricket which NZ played was slightly contrasting to his nature, despite Williamson being given the role of an anchor but this version of Williamson, more focused, matured and responsible, looks set for the final.

Whether you like cricket or not, you are NZ’s supporter or not, no matter which part of the world you live in, one simply can a lot to learn from Kane Williamson.