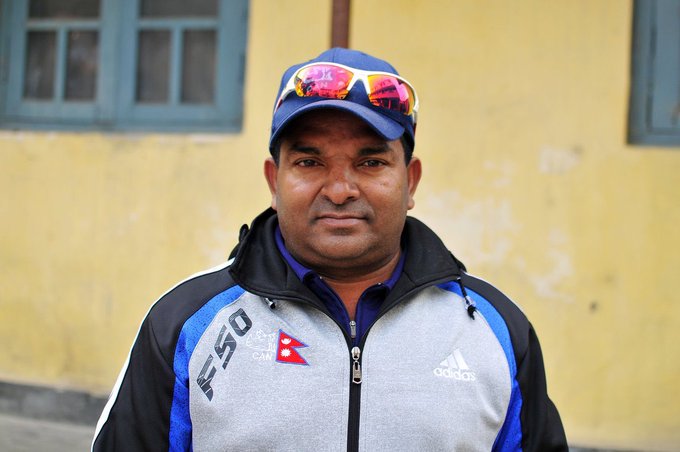 Leading cricket franchise in Nepal, Bhairahawa Gladiators, have announced the recruitment of Pubudu Dassanayake as the head coach for the Everest Premier League (EPL) 2020 season.

Gladiators believe it will help to further add value to the franchise and help the players deliver to the best of their abilities.

Dassanayake who is credited for shaping Nepali cricket will be second ever foreign coach in EPL after Australian Nathan Dodd last year who led Pokhara Rhinos.

During the former Sri Lanka test player’s coaching Nepal clinched ICC World Cricket League Division Three in 2013 along with featuring in the ICC World Twenty20 held at Bangladesh in 2014.

The success of Nepali cricket team in the recent years is credited to this legendary man. Gladiators are ecstatic that Dassanayake has accepted the offer to coach the side this season. The contract will run for a season only.

“I am really excited about joining the Bhairahawa Gladiators’ side! Nepal has always been very close to my heart and I am thankful for this opportunity to be back here and contribute to Nepali cricket in whichever way I can!” –Pubudu Dassanayake, Head Coach, Bhairahawa Gladiators

Sharad Vesawkar, arguably the most successful captain in EPL, is planning to finally win the title after finishing runner-up in last two editions.Similarly, he belives the appointment of Pubudu Dassanayake was the turning point in Nepal’s cricket history.

“Pubudu Sir’s appointment as the head coach of the National Team proved to be the turning point in Nepali Cricket’s history. I’m delighted that a legend who has contributed so much to Nepali Cricket and helped transform so many Nepali Cricketers like me is going to be a part of our side this season. We have had two runner-up trophies in the past two seasons. Perhaps it is going to be Pubudu Sir that will take us over the finish line this year and make us champions!” –Sharad Vesawakar, Captain, Bhairahawa Gladiators

Bhairahawa Gladiators are straight into action for the next season of the Everest Premier League. Preparations are in full swing and the management is currently strategizing on foreign players, coaching staff and sponsorship acquisition. Led by Sharad Vesawakar, Gladiators has been the most consistent side in the tournament’s history reaching both the finals, including the first one as Panchkanya Tez.

Bhairahawa Gladiators don’t want to confine its contribution to the tournament days but stay active round the year and help Nepali cricket grow. They have planned various events to promote Nepali cricket throughout the year.

“We are honored to have such a legendary figure as our head coach. I strongly believe that Mr. Pubudu will be a great asset to not just our franchise but also the entire Nepali Cricket fraternity.  I’m sure that his presence will help nurture our cricketing talents in a manner that will later translate to the National Team’s strength. Welcome back Pubudu! Gladiators awaits you.” –Aditya Sanghai, Owner, Bhairahawa Gladiators

Dassanayake had resigned after almost three years in the USA head coach role in July this year following a breakdown in his relationship with the USA Cricket board. Dassanayake had taken USA from World Cricket League Division Four in November 2016 to ODI status in April after USA secured a top-four finish at WCL Division Two in Namibia.