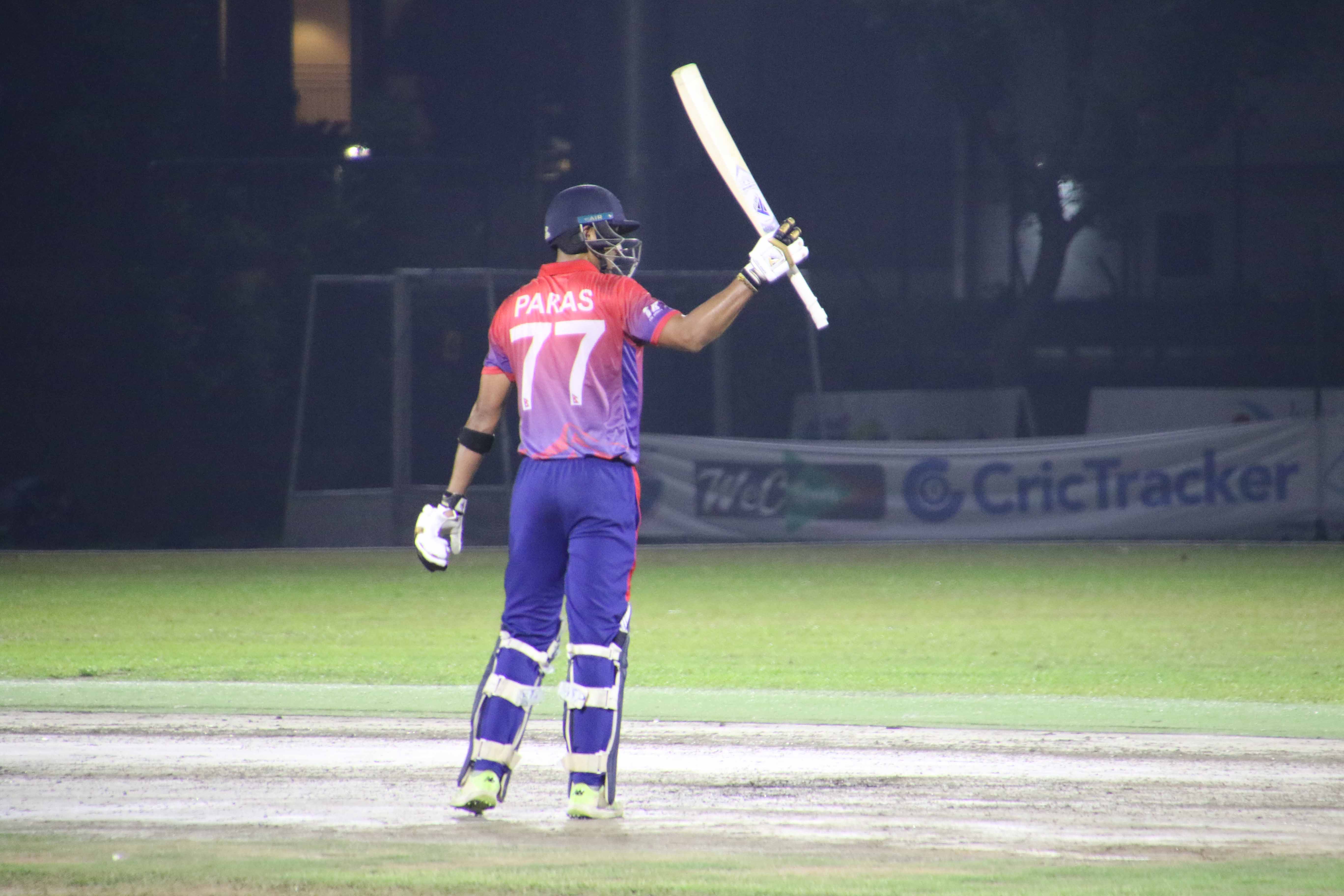 We, sports fan, love and are passionate about our favorite players and teams. From Sachin Tendulkar to Lionel Messi, they have inspired a generation of sports fans, players and enthusiasts. There are not many players who have left lasting impact not only for their performances in field but how they carried themselves off it. Especially in cricket, Imran Khan and Saurav Ganguly are two latest examples of sportsperson spreading their wings beyond the boundary lines.

In same context, it is safe to say that Paras Khadka is the greatest sportsperson to ever hail from Nepal. Few personalities have been as influential as him and Khadka is one of the most respected figures in Nepal.

The unprecedented height Nepalese cricket reached under his leadership is the greatest sporting achievement of our country.

Despite of many challenging conditions surrounding him, Khadka remained utterly professional and led his country both on and off the field.

Probably the credit to Khadka’s success goes to staying honest to his preparation and staying humble to his surroundings. Khadka rejoiced absolute highs and suffered humiliating lows but he continued to hustle to achieve the dream he pursued. This is the nature that has earned Khadka the respect of every single Nepali.

It is said that the first and the most important step towards the success is ‘Imagination about successes’. From Albert Einstein to Muhammad Ali, everyone quoted imaginations as the wings to fly towards success. Everybody dreams and sets goals but only those who hustle reach the destination. This has been the case of Nepal under Khadka’s leadership.

The success Nepal earned under Khadka’s leadership has been solely down to the hardworking nature of the team and never say die attitude. As the greatest of leaders do, they shape and mold their followers in the way that it represents their collective attitude, mentality and nature.

Khadka helped a small nation full of semi-pro player’s transition from an unknown associate to one of the rising force in associate world. In simpler word, Khadka changed the way cricket and cricket professionals were viewed by the commoners in Nepal.

In India, no one will probably replace Sachin Tendulkar as the icon of the nation. His records might be bettered, technically sounder batsman might come into the scene but the influence Sachin had among the Indian people over a certain period of time will never be bettered by anyone. Arguably, same goes in the case for Paras Khadka and Nepal.

A better athlete might come into the scene but nobody will be as influential, as iconic, as respected, as important as Paras Khadka.

As a fan, Khadka’s decision to step down from his captaincy came as bombshell. A decade of following the national cricket team and not even on single instance did I imagine Nepal without Paras Khadka. Khadka has carried the team single handedly on the countless instances. How can a nation compete when the one who was spearheading almost everything good about them decides to step down? There is a section of cricket which has never seen Nepali cricket without the captaincy of Paras Khadka. Such has been Khadka’s influence on the new generation.

In sports, memories and moments that are lived are as valuable as the trophies in the cabinet. From the wicket in the first ever ball in the world cup to that thrilling last ball in Amsterdam, Khadka has been there for Nepal.

When hit by the ICC’s suspension, plagued by the unnecessary political influences and inconsistent team performances, Khadka led, protected and dragged out of every darkness.

Paras Khadka, like the precious gem, is the brightest source of optimism, hope and happiness for Nepalis. Arguably, nobody has been as respected as Paras in Nepal. Such is the humility and the respect he gets, every single Nepali feels that Paras belongs to their family.

As a fan, I feel proud that Paras Khadka represented my country. He took over and led Nepali cricket when it could have been easily stagnated and lost into oblivion. He dragged Nepali cricket and people away from uncertainty.

If anyone asks me, what is the best thing that has ever happened to Nepal? My answer would be -Paras Khadka.