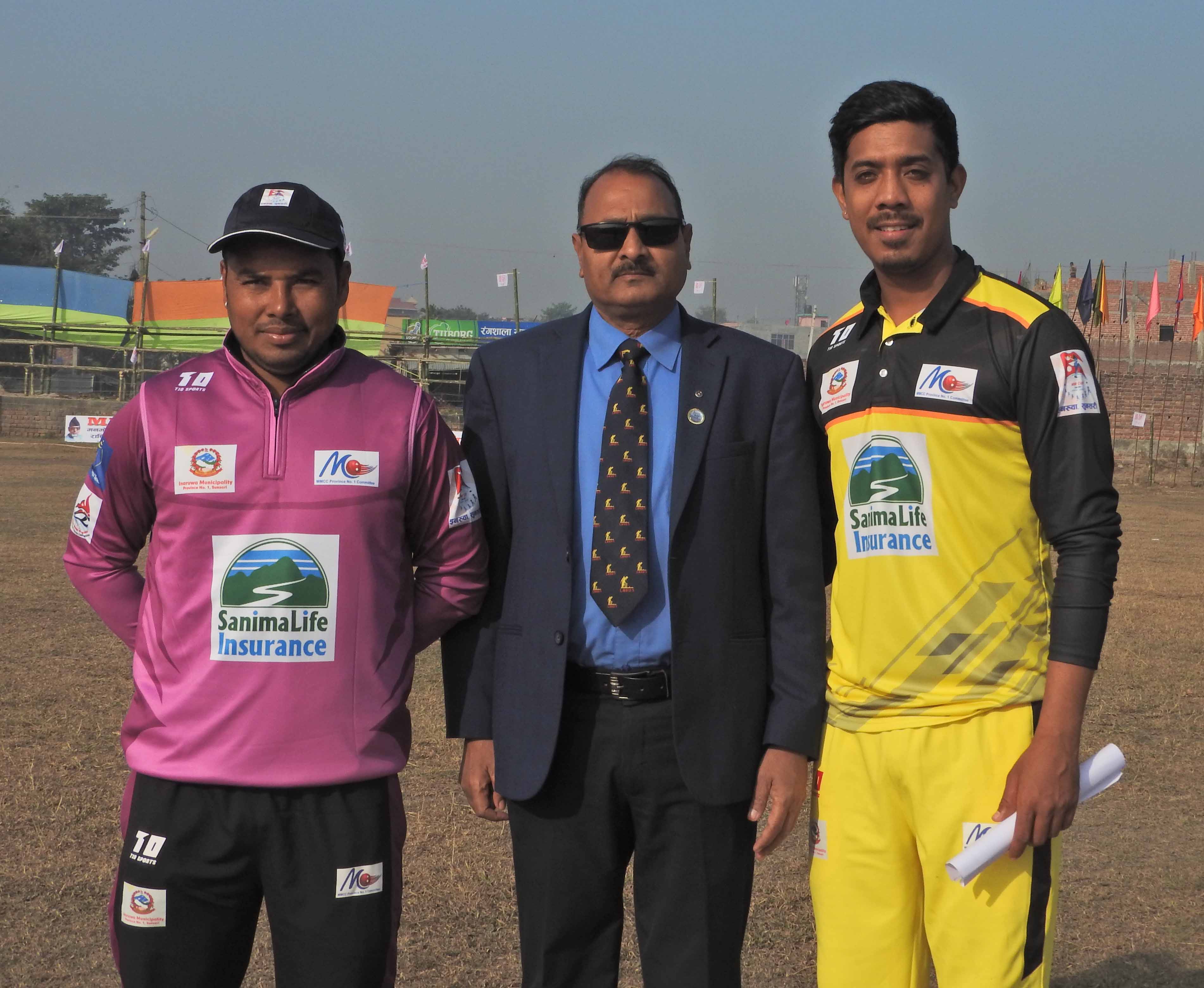 The secretary of Cricket Association of Rupandehi (CAR) Sanjay Gurung stated to ‘looking at the future’ for current depleted Province 5 squad which underwent a debacle in the first match of the Manmohan Memorial National One-Day Cricket Tournament.

“We have tried some new players. To be frank our players are not ready for 50-over matches. Province needs to make youngsters ready for big events. Preparation is not sufficient,” said Gurung.

In the Group C match, Province 5 was shot-out for 52 runs in 18 overs chasing the paltry total of 120 posted by Province 1 in 31.2 overs. Player-of-the-match Dipesh Kandel picked up a six-wicket-haul to help Province 1 notch-up an astonishing win of 68 runs in the opening match held at Inaruwa Cricket Ground in Inaruwa on Thursday.

“We have not included seniors who averages 12 or 14 runs per match in last 17 matches for the province as openers,” added Gurung.

Gurung stated that province have no regrets. It has taken a correct decision and it may need some time to realize it. “We will prepare our boys well for longer versions of game in future. Batting is always an issue with Nepalese batsmen. But we will definitely work for our province.”

Similarly, he is upbeat about the future of Province and it’s batting. He also stressed that players need to grab all the opportunities as well.

“One match or one tournament is not going to decide everything in cricket. We are concerned about it very much. You will see our efforts in future. Rest, players has to take every opportunity with both hands. I feel our efforts are not sufficient at present.”

Kandel dismissed top six out of seven top order batsmen in his seven overs conceding 20 runs off it including a maiden over. Manoj Tamang and Mukund Yadav picked two wickets each in their respective four and two overs in the match. The opening batsman Birat Bhandari top-scored for Province 5 contributing 28 runs off 34 deliveries whicn included four boundaries. Similarly, Bishal Bikram KC’s 12 runs off 24 deliveries which included two boundaries was the only other double-digit score of the innings. Anil Kharel’s three batting at number nine was the third highest score of the troubled innings which folded out for 52 runs.

Earlier, Province 1 won the toss and elected to bat first. The team led by Pushpa Thapa struggled its way to 120 runs before losing all its wicket in 31.2 overs. Firdosh Ansari’s 49-ball 23 runs including two boundaries, captain Thapa and Kandel’s 22 runs each were the notable contributors of the first innings. Luv Kamat’s 11 runs was the only other double-digit score of the first innings. Thapa smashed two boundaries and a six during his 17-bal stay. Likewise, Kandel registered three boundaries and a six in his 23-ball stay to round-off an impressive all-round display in the match.

The leg-spinner Bikram Bhusal registered a five-wicket-haul before being overshadowed by Kandel later. Bhusal conceded 24 runs during his 3.2 overs spell and registering a couple of maidens. Durgesh Gupta settled with a brace whereas captain Krishna Karki, Jaideep Sahani and Anil Kharel shared a wicket each.