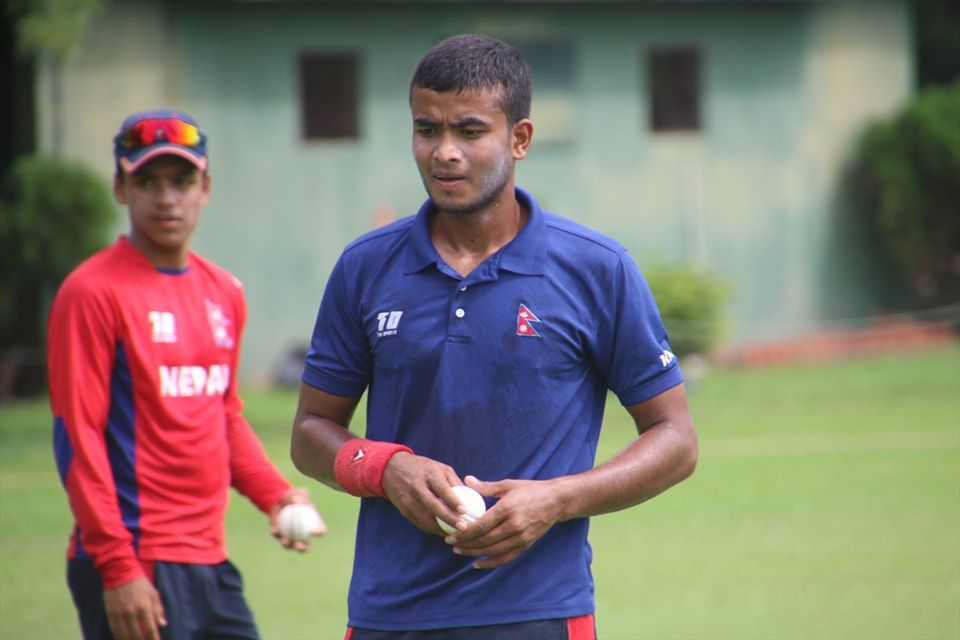 2020 was supposed to be a big year for Nepali cricket with plenty of young cricketers knocking on the doors of the national cricket team. All came to an abrupt halt with the global pandemic.

It started with the 19-year-old Kamal ‘the Baitadi Express’ Airee making his debut for Nepal.

Kamal Singh Airee made his ODI debut for Nepal, against Oman, on 9 February 2020. He was part of Nepal’s U-19 cricket team which defeated India in 2017 during the ACC Under-19 Asia Cup in November. In January 2020, he earned his first call-up to the national side.

The right-arm fast bowler is known for his control and swing with the ball whereas smacking them big and long with the bat. Kamal is reputed as a prankster in the team. He was bothered by back and knee injuries which he had to overcome after many months of rest and recovery before improving gradually to make it to the national team.

“It was a dream come true when I donned national colors and made my debut in front of huge home crowd. It was an amazing feeling to represent your nation at such stage.”

“I understand that reaching the peak is easier than staying there. I know that I will have to double the amount of hard-work and dedication to stay in the team.”

He added that sharing the knowledge and wisdom with the senior players was once in a lifetime opportunity. Amid different challenges a cricket players faces in his career, global pandemic is a new and most difficult one. The fast bowler from Baitadi don’t want to be a one match wonder. Keeping himself fit and practicing indoors has been his routine since the lockdown was imposed in Nepal couple of months ago.

Kamal became third Airee from his family to have played for Nepal. Pradeep Airee who represented Nepal in the ICC World T20 in 2014 set the benchmark for the younger siblings coming through. Then Dipendra Singh Airee rose to become vice-captain in 2019 after successfully graduating from the U-19 national side. Kamal credits his two elder siblings (cousins) as the source of inspiration and motivation for falling in love with cricket.

“It always will be a healthy rivalry in the family with three of us playing for Nepal. Some time when we sit together, it becomes the topic of discussion in a healthy manner. Nothing comparison as such but I get inspirations and gain motivations from both of them to do better and help make my family proud.”

In March 2019, Kamal famously smashed five sixes in an over against Andhra Pradesh’s U-19 state team. It became an overnight sensation. However, he is unfazed by the attention to his batting. He want to be known as a fast bowler.

“I fell in love with fast bowling. People say I can bat too but my sole focus in on bowling, doing well for the teams I represent and win those matches by ball.”

It was in Mahendra Nagar when Kamal tried fast bowling for the first time. His seniors and local coaches suggested that he can be a good pace bowler if groomed well. Fast forward to few years, he went on to play for Nepal for that same skill.

“My family felt proud and I am happy for that. But the journey has just began. I want to be better cricketer today than I was yesterday.”