“Sports and study both can go hand in hand” Ishan Pandey 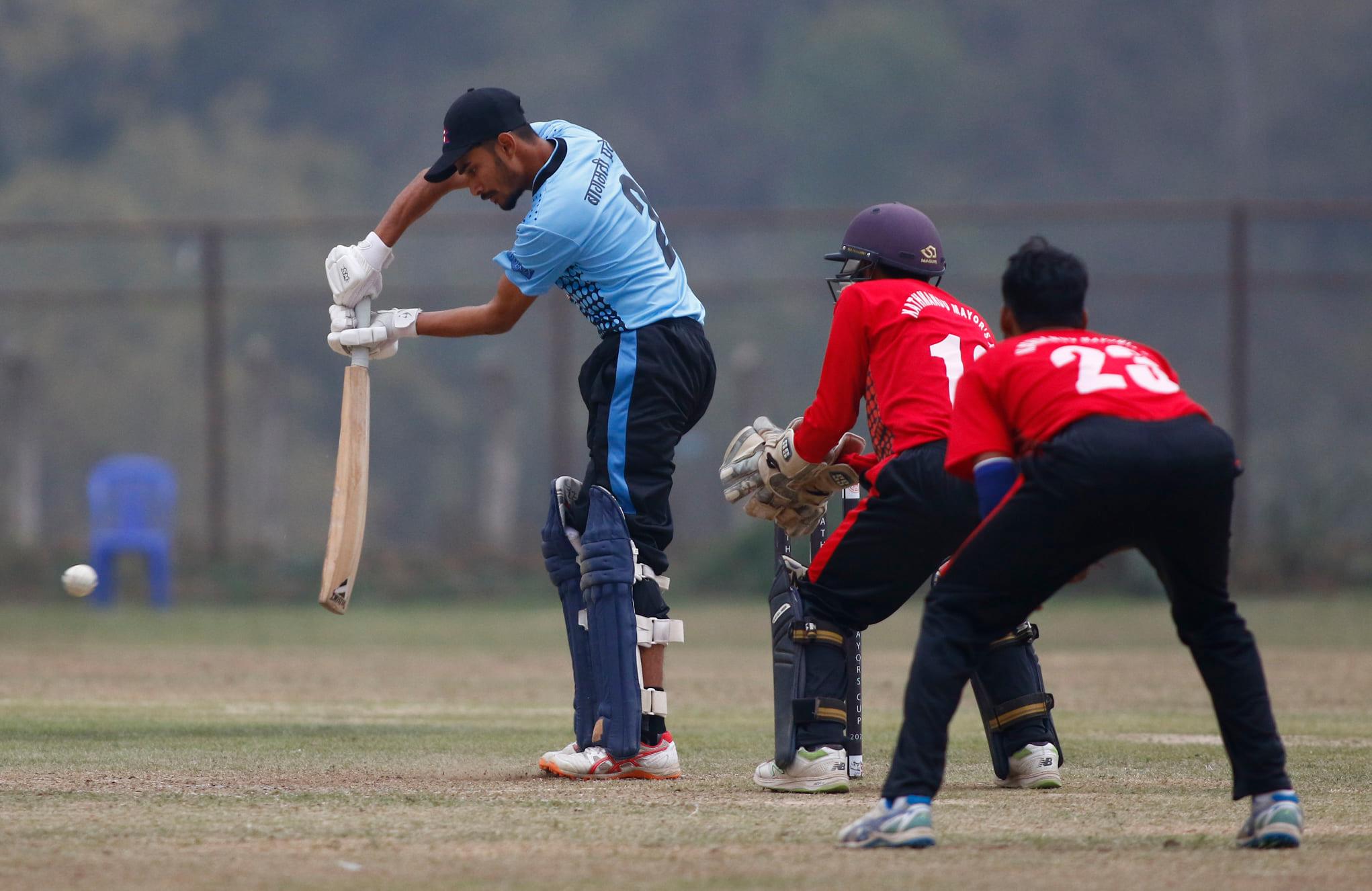 “Sports and study both can go hand in hand” Ishan Pandey

“I made my debut for Nepal after completing my first-year MBBS. My father always tells me, nothing is impossible. It is impossible until it’s not done; sports and study both can go hand in hand”

The 23-year-old was born in Syangja, Nepal. Pandey is a left-handed opening batsman, He was part of the historic U-19 national cricket team in the 2016 ICC U-19 Cricket World Cup 2016. A technically sound batsman, Pandey had a good run of form in 2019 after going quiet in his earlier years in Nepal. His 79 against Tribhuvan Army Club during the Prime Minister Cup, the national one-day league, almost secured his call-up.

Ishan was not able to cement his place but he is as determined as ever to get back to the national team. His brisk 22 runs against Ireland in Oman showed a brief glimpse of the undoubted talent he possesses. He has represented Chitwan Tigers only once in Everest Premier League. He has a golden arm that can be used if need be. Similarly, his fielding acrobatics can help the side to change the momentum of the match. Now a national player, Pandey will look to make more contributions to the team.

Ishan initially learned his cricket in Uttarakhand and represented the state in district inter-school and zone level tournaments, but on the insistence of his father shifted his cricket activities to Nepal in 2015. Ishan is also pursuing MBBS from Kathmandu University in Dhulikhel further establishing himself as an ideal role model for young and aspiring cricketers that sports and study both can go hand in hand. Ishan has been pursuing both his studies as well his passion– cricket.

My parents, seniors at college, and teachers all have been very supportive of my study and cricket. I had to miss my pre-university exams when I made my debut for Nepal in September. It is a must appear pre-board exam to qualify for the final university exams. But college made special arrangements for me and allowed me to sit in my first-year finals. So far, it has not been tough due to the pre-clinical course which mostly focuses on theories. A special mention goes to Abhishek Srivastava dai who despite being working on different postings throughout the clock helps me out prepare for the exams. I am blessed to have great human beings around me making the best possible environment for me to pursue both.

My father, Mr. Pushpa Raj Pandey, dreams to establish a charity-based hospital in Nepal to help the poor and needy ones. He doesn’t want me to quit cricket. He tells me to manage time whenever I can without thinking too much. He was even ready to arrange flight tickets on Fridays to travel India and play matches on Saturday and Sunday and return on Monday mornings to continue college. He insisted on not quitting one for other as long as I can take it. Like, it is not guaranteed that I will be a great doctor by only pursuing MBBS or I can be a great cricketer by only concentrating on cricket. Life is a funny leveler. So, despite its consequences, I’m more than happy to take both together side by side. After all, I made my debut for Nepal after completing my first-year MBBS. My father always tells me, nothing is impossible. It is impossible until it’s not done.

I started to go cricket academies at the early age of three years. I only use to watch seniors bat and collect the balls. Again, it was my dad who introduced me to cricket. I gradually got into the school team in Uttarakhand where I completed my high school. Parvinder Sir helped me groom and learn the basics. Cricket grew into me after featuring in inter-school tournaments for my school. They play a serious, intense, and passionate cricket tournament among schools making you realize the beauty of this powerful sport. The respect and love grew towards it after representing my school in various such tournaments. Then my coach sent me to U-16 selections for the Uttar Pradesh state team. I couldn’t score much in the camp. Then I tried in U-19 as well but due to my Nepali passport, I used to be overlooked. It was then my father decided to send me to Nepal.

In 2015, I came to Nepal. I was initially helped by Subash dai (Khakurel) introducing me to various academies. Then Sonu dai (Tamang) introduced me to Sudeep dai (Sharma) who operates the Great Himalayan Cricket Academy. Both of them helped me a lot. Sudeep dai used to open the academy on off days as per my schedule. Then Naresh dai (Budhayer) and Rupesh dai (Srivastava) worked extensively on and off-field to mold me into a capable player for Nepal national standards.