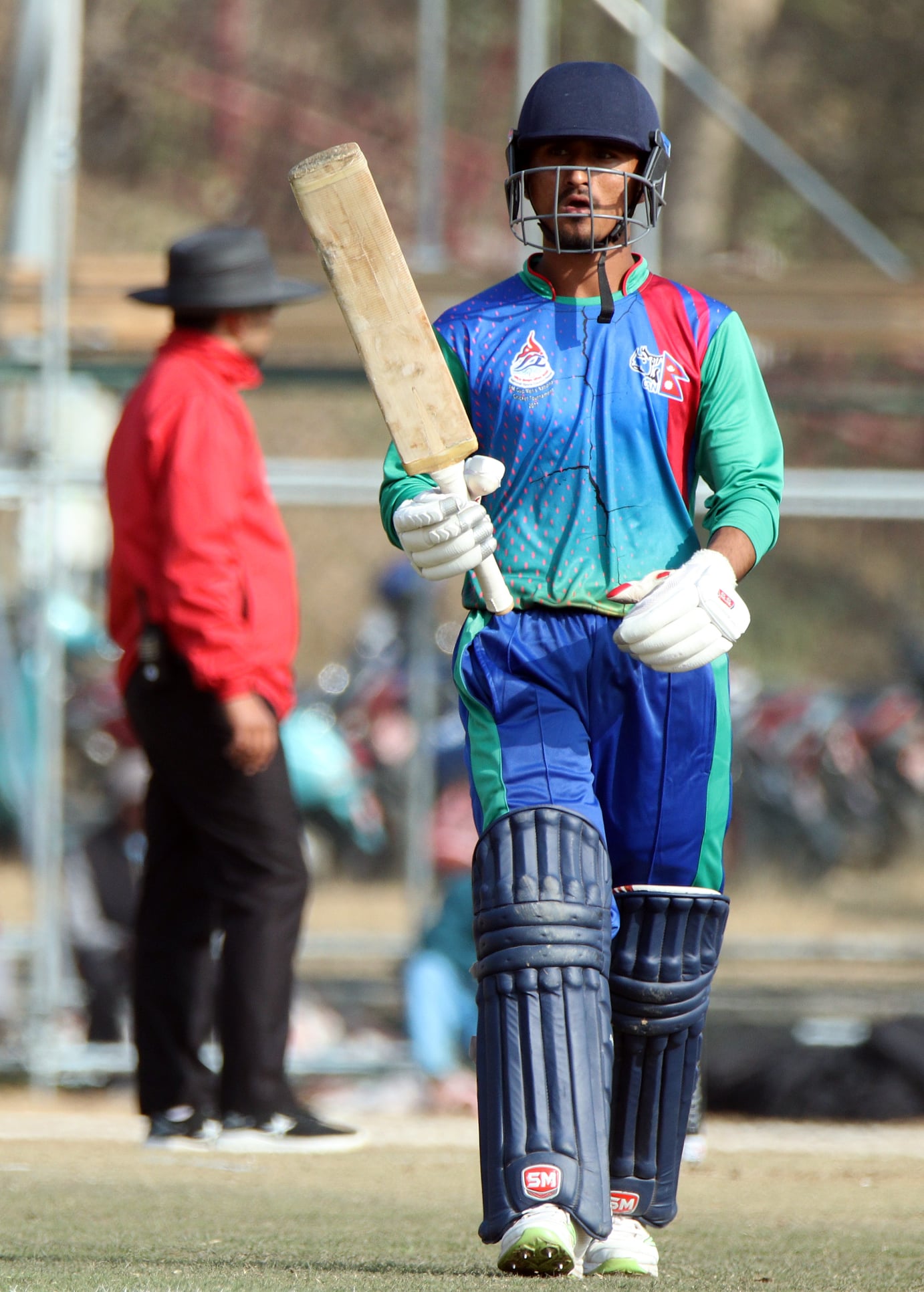 Khadak Bohara, the wunderkind from the far-western part of Nepal, rapidly grew his admirers when he first appeared on live television in 2018 opening the batting for Sudur Paschim Province. The 18-year-old played some eye-catching shots. He was part of a highly successful season for his stateside in the national one-day cricket tournament Prime Minister Cup. His composure and determination were lauded. Sometimes, more than the technically correct batting skills he displayed in a brief stint.

At a very tender age of 18, he is not only a regular opener of his stateside but he has represented Nepal in the U-19 nationals. Likewise, he possesses an enormous potential that can solve the senior Nepal team’s long-standing opening batting problem if groomed properly. Occasional wicket-keeper batsman, Bohara can be the utility player Nepal always yearned for.

In July 2019, he scored a run-a-ball 90 runs in a dominant win against Singapore U-19 at Kinrara Oval, Malaysia to announce his arrival on the big stage. He was outshined by his captain Rit Gautam century but he played an important hand in notching up ACC U-19 Eastern Region Asia Qualifiers’ highest total of the tournament, 326.

Before 2018, he was struggling to make it to the U-16 Prime Minister National One-Day Cricket Tournament team for his stateside. Twice he failed to make it to the squad. The third time, he made it to the squad but couldn’t play a single game. Then he won the Best Batsman award in the 8th National Games in April 2018 in a challenging newly made pitch of Kohalpur Cricket Ground. Soon, he found himself opening the batting for his senior stateside. He never looked back since then.

He was picked up by Chitwan Tigers for the fourth season of the Everest Premier League.

Cricket is a very popular sport in Baitadi. It is played in every nook and corner. Our village, Wando, is always soaked up in cricket’s craze. I first started playing cricket with a ball made of socks. There were times when I would play cricket for a whole day, from the first light of the day to the last. I wish not to do anything other than playing cricket.

My uncle Bir Singh Bohara was very supportive of my cricket. He himself wanted to be a cricketer but couldn’t pursue that career due to family responsibilities. He is the one who helped me realize my talent and potential. He used to teach me, correct me and discuss my cricket for an extensive period of time until he solved any problems I faced during my initial training.

It was after SLC (10th standard exams) that I came to Kathmandu and started training in academies. I never went to India or had any past in India for my cricket.

Before 2018, I had given my trials for the provincial teams during the first and second U-16 Prime Minister National One-Day Cricket Tournament. Both times I failed to make it to the squad. The third time, I was selected for the team but couldn’t play a single game. Then I represented my Province Sudur Paschim in the 8th National Games in April 2018 where I won Best Batsman. I found myself opening the batting for my senior side in Prime Minister Cup. Soon, I made my U-19 National Cricket Team debut in the same year.

My family, elders in my community were all very supportive of my cricket talents. They gave me the best possible exposure to be here today. Especially my uncle who helped me understand this game. I am also aware of cricket is not a great career sector in Nepal. Players, baring few, are always at a risk. I can only hope things will improve. There are plenty of good young players coming up who would like to make the country proud. All we need is a glimpse of hope that cricket can prosper in this nation and our apex body of cricket make the sport a profession.