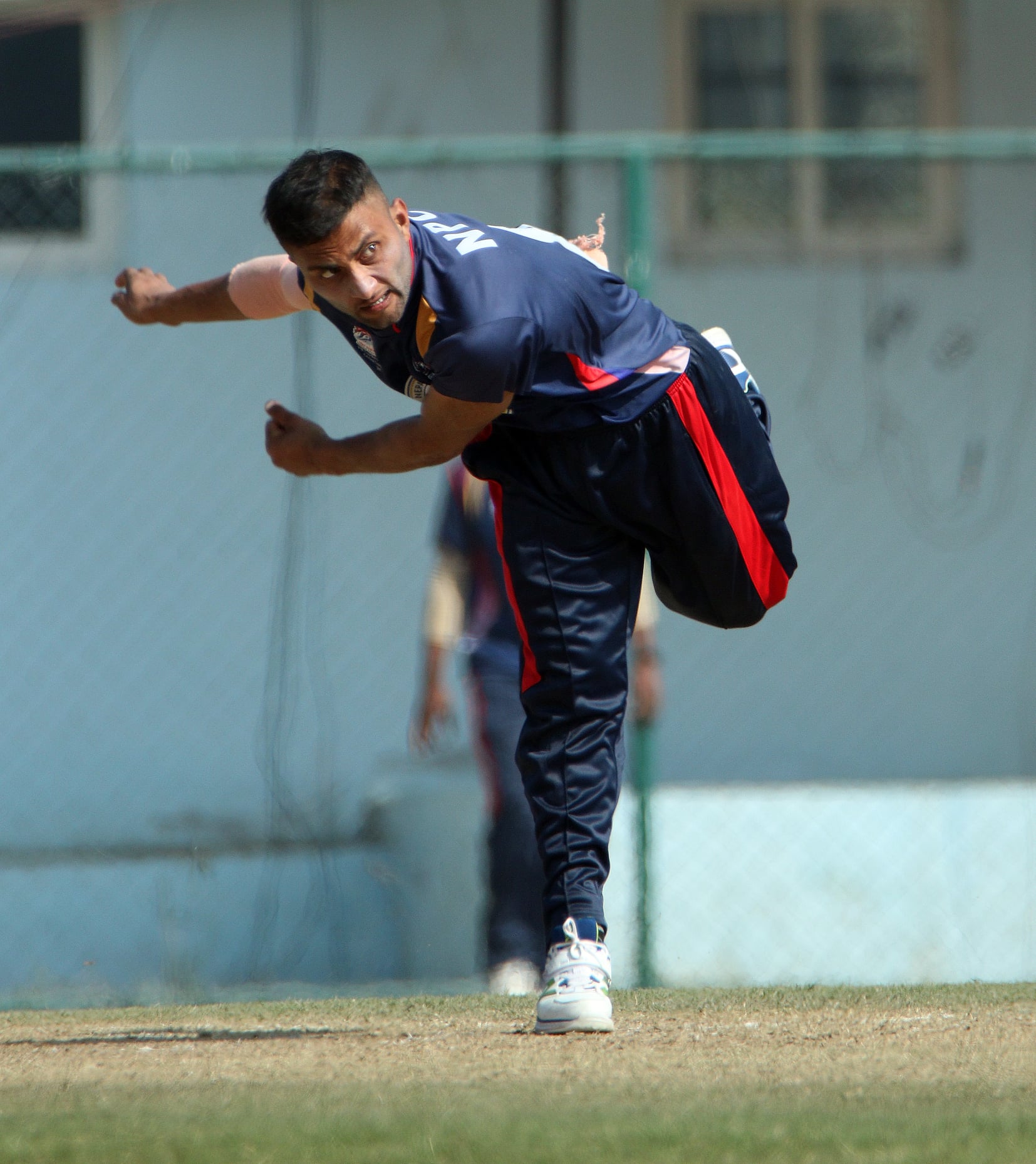 Sagar Dhakal is another name on the list of ever-growing left-arm orthodox bowlers in Nepal. The 19-year-old is a regular in the Nepal national U-19 cricket team. He used to single-handedly win matches for his local team in Siphal ground, Kathmandu. He was soon referred to join a nearby cricket academy to pursue a career in Nepal’s professional cricket. His performance in the Khukhuri Cup 2018 subsequently established him as a skilled T20 bowler. Then 16-year-old Dhakal’s best bowling figures of four wickets for 10 runs representing Province 3 came against a strong departmental team Tribhuvan Army Club (TAC).

Dhakal made his debut for Chitwan Tigers in 2018. He played six matches picking up six wickets. His three wickets for 24 runs was his best performance of the tournament. He bowled with an impressive economy of six runs per over in a total of 23 overs he delivered for the franchise. He helped improve the performance of the Tigers from the earlier season. Tigers reached the Eliminator round in the 2018 season after finishing last in the 2017 season.

My family loved watching cricket on the television. They all sit together and enjoy live matches. So, it already had a soft place in my heart. While growing up I didn’t know that Nepal has a national team. It was in 2014 when I came to know Nepal also had a professional cricket team.

I always loved batting. I was training to be a batsman but Rupesh dai (Srivastava) suggested that I should bowl also to be an all-round utility player for the team. Similarly, Naresh dai (Budhayer) saw potential with my left-arm orthodox and pushed me to be a bowler. I wish to be a Shakib-Al-Hasan or a Ravindra Jadeja type of all-rounder but I won’t mind if I can be Basant Regmi for Nepal national cricket team someday. I love Regmi’s bowling. I find him a very smart and skillful bowler.

Like any successful upcoming cricketer, my family and especially my elder brothers have been very supportive of my cricket. After I played for Nepal at the U-19 level, they were really proud. The respect my family got was satisfying. If nothing else, it gives the glimmer of hope that I can achieve the ultimate dream in cricket.

I am hungry to play for the Nepal team. Yes, I have played U-19s but it feels like a small step to the goal I am looking at. Like we say, cricket in Nepal is not commercially viable but it is on us, young players like me, to take Nepal cricket to next level and bring that professionalism where it can be a career to other aspiring players. It is easier said than done, but I will keep working hard towards the goals I have set for myself.