“Struggles gave me the strength to succeed” Bhim Sharki 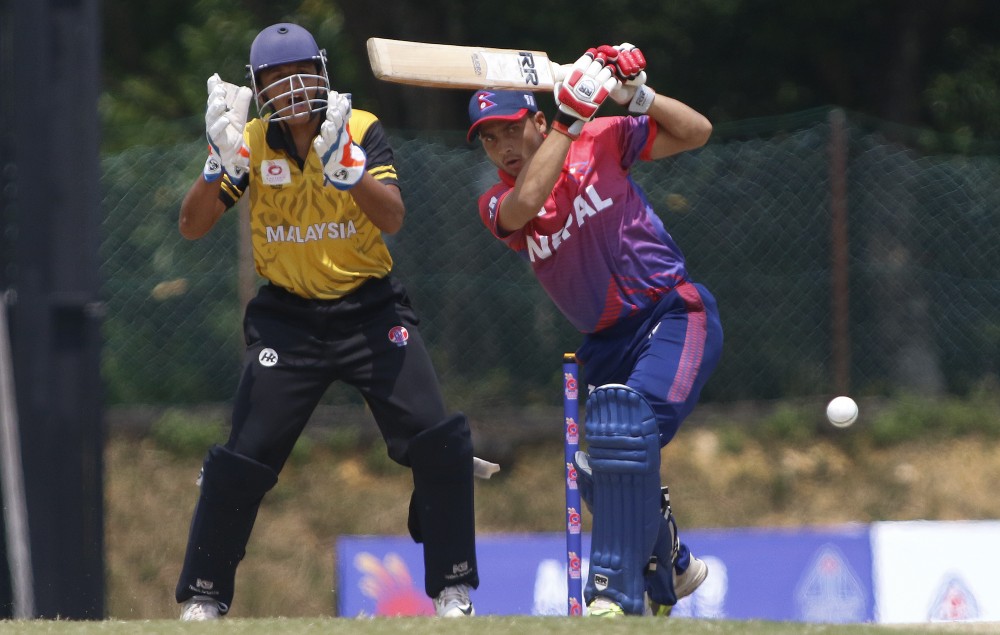 “Struggles gave me the strength to succeed” Bhim Sharki

Bhim Sharki is a dynamic middle-order batsman who is known for his fearless batting approach. Fondly nicknamed ‘Jonty’ for his breathtaking fielding capabilities, Bhim can fire in off-spinning darts if required. The 20-year-old hails from Mahendranagar, Nepal’s far-western nursery of producing talented players.

Bhim has been a regular in Nepal’s franchise leagues. He has represented departmental team Tribhuvan Army Club since 2018 securing a permanent deal.

In December 2018, Bhim earned a milestone deal with the Meerut-based Indian cricket manufacturing company Red Rock Sports. In a deal done in a kind and no cash involved, first time, a Nepali U-19 cricket player was professionally endorsed by a foreign company in the presence of Paras Khadka and South African legend Jonty Rhodes.

In January 2019, Bhim broke into the senior national cricket team for the first time as a part of a 16-member squad for a bilateral series against the United Arab Emirates (UAE). Nepal won 2-1. He was deprived of a debut game. He has been yearning to get back into the senior setup.

Bhim has been a regular member of the Chitwan Tigers playing XI. He is capable of changing the momentum of a match with both, bat, and fielding brilliance. He strikes more runs per over than any Nepali batsman for Tigers in Everest Premier League.

My elder brother Binod Sharki first played cricket in my family. He used to play with his friends, one of which was Bharat Malla who first introduced cricket to me. I used to sit in a small family shop, a general store, as my brother used to go for matches. Then we both started to play cricket, and we had to close the shop. At first, we used to play with tennis balls. I never joined a cricket academy. Slowly and steadily, I get better at it and decided to come to Kathmandu, as many of my seniors were here. It has only been few months but elders have been very supportive of me.

It certainly is not easy to be the only earning member of the family at this point in time when you are looking to force a career in Nepali cricket. Binod dai and my younger brother both are looking to go abroad for jobs. They both are trying for that. I am thankful of my family as they have not shown any desperation regarding my career, but understandably, I am ready to give my career as go for few more years before I will need to re-assess my situation and look to provide for my family with other means or cricket related businesses.

I don’t come from a stable economic background. I remember putting our home on loan to open up a rickshaw garage. My dad had bought an old bus. He used to drive that and I mostly worked in the garage as my elder brother was abroad. My younger brother helped me at the garage. We all tried to get by. I used to repair multiple cycles or rickshaws on the same day sometimes. We were not financially secure to hire more labor men. I used to go to school in the morning, work in the garage the whole day and play some cricket in the evening. Probably, these struggles helped me to grow stronger. That strength eventually helps you to succeed.

The first thing I did from my cricket earnings is to pay long withstanding home debts.