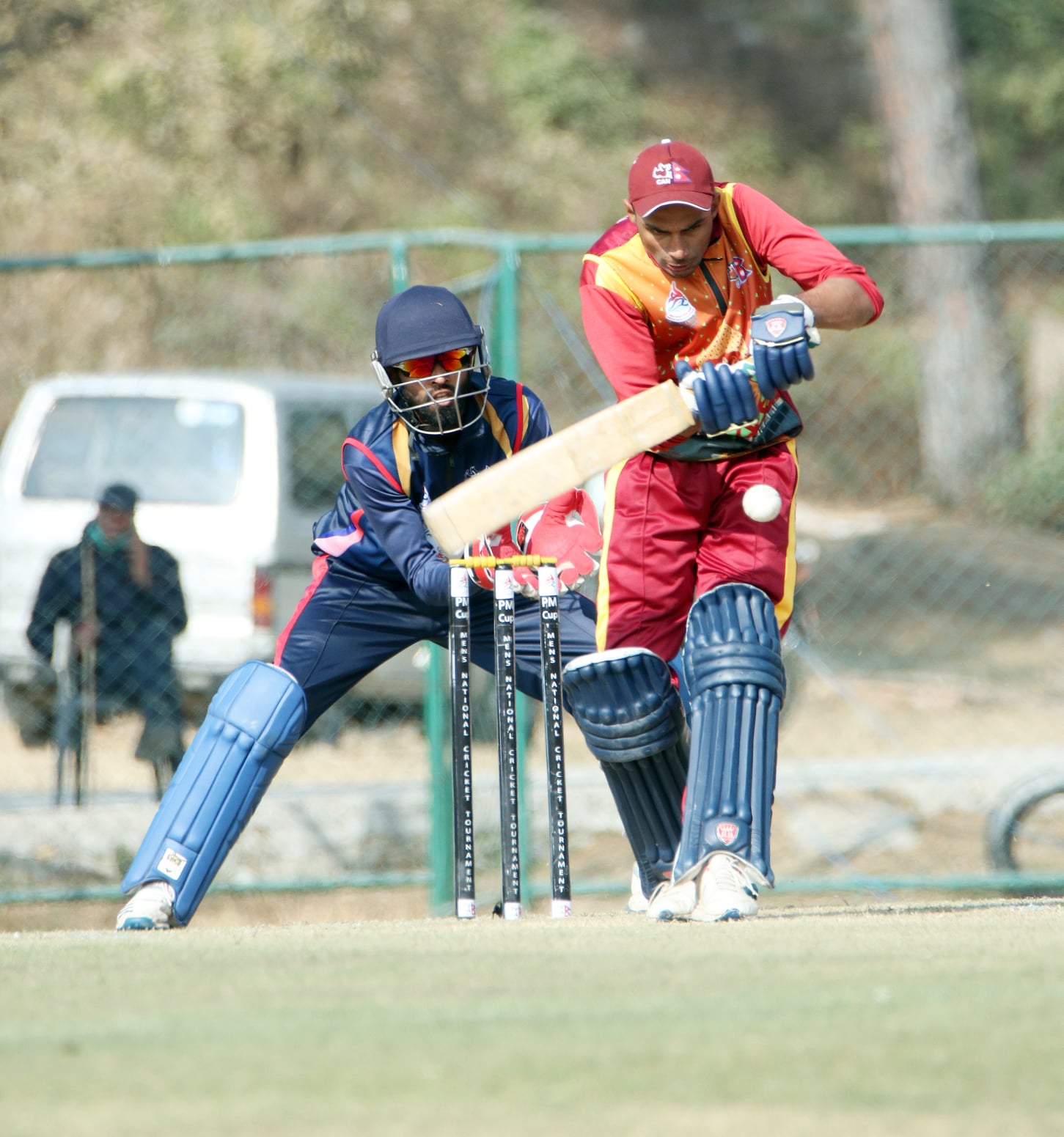 Dev Khanal is a teenage batter born and brought up in Delhi. A Nepali native returned to his home country in 2017. In few years, the right-handed batter was in and around the Lumbini Province team. The region is already populated with talents of all ages. Despite all that, the teenager set ablaze the Kirtipur crowd with his stylist 49 against Nepal Police Club in the Prime Minister Cup 2021 representing his home province.

Khanal lighted up the Kirtipur in broad daylight with stylish-looking shots. He smashed seven fours against a bowling lineup that featured the likes of Rashid Khan, Lalit Rajbanshi, Sagar Dhakal, and Pawan Sarraf. He looked at ease and was destined for a big score before the inexperience cost him the wicket. The observers and veteran journalists of the game marked him as a ‘future superstar’ and ‘gifted talent’.

Khanal has been inspired by the unrivaled cricket culture of Delhi. He believes Nepal is no different in craze for it. Also, the competition is far sterner than he thought. It took him three to four years to finally impress the Lumbini Province hierarchy.

It was around the 2007 T20 World Cup, I really get hooked on cricket. I started with a tennis ball. It was my own elder brother who saw a talent in me. He pushed for me to join an academy in Delhi. He convinced Dad that my studies won’t get hampered. I was 13 when I joined RB Cricket Academy. My first coach was Mr Rajesh Kumar.

Virat Kohli had a great influence on me while learning cricket. I practiced with Ranji players like Puneet Bisht, Punit Mehra, etc. It used to be my daily source of inspiration. In fact, Rishabh Pant used to practice in the same academy sometimes. It was a big thing for me back then. I will always be thankful to all the coaches who helped me improve my game. Whatever I have achieved today, it is because of them.

In 2016/17 our family shifted to Butwal. Cricket was all over me by then. I had to find a way to keep playing and pursuing my dream. I did well in local matches here and was called up in camps for Lumbini. It was Jagat Tamata sir who first recognized me during talent hunts.

The competition was tough here. There were times I doubted myself. I was worried if my cricket declined. I use to cry that I won’t be able to make it. Then I realized that I need to adjust my game according to pitches here. The surfaces here are slower than Delhi’s wickets. Basant Shahi Thakuri sir helped me understand the environment. Saurab Khanal dai guided me further to break into the senior team. I will be always grateful to them.

I did well in camps held for PM Cup and was selected for the senior team. However, it wasn’t all smooth. It was my brother’s wedding at the time. I used to be sleep-deprived. It affected my performance but I happened to score 35 runs in the last match of the selections. It was described as majestic by my seniors and selectors. Hence, I got selected for the senior team.

My mom cried when she heard that I was selected for my province. It was the first time my parents felt proud that I am moving on the right track. Similarly, being picked up by Chitwan Tigers is another feather in the cap. Hopefully, it is just the beginning. Tigers will have a special place in my heart.