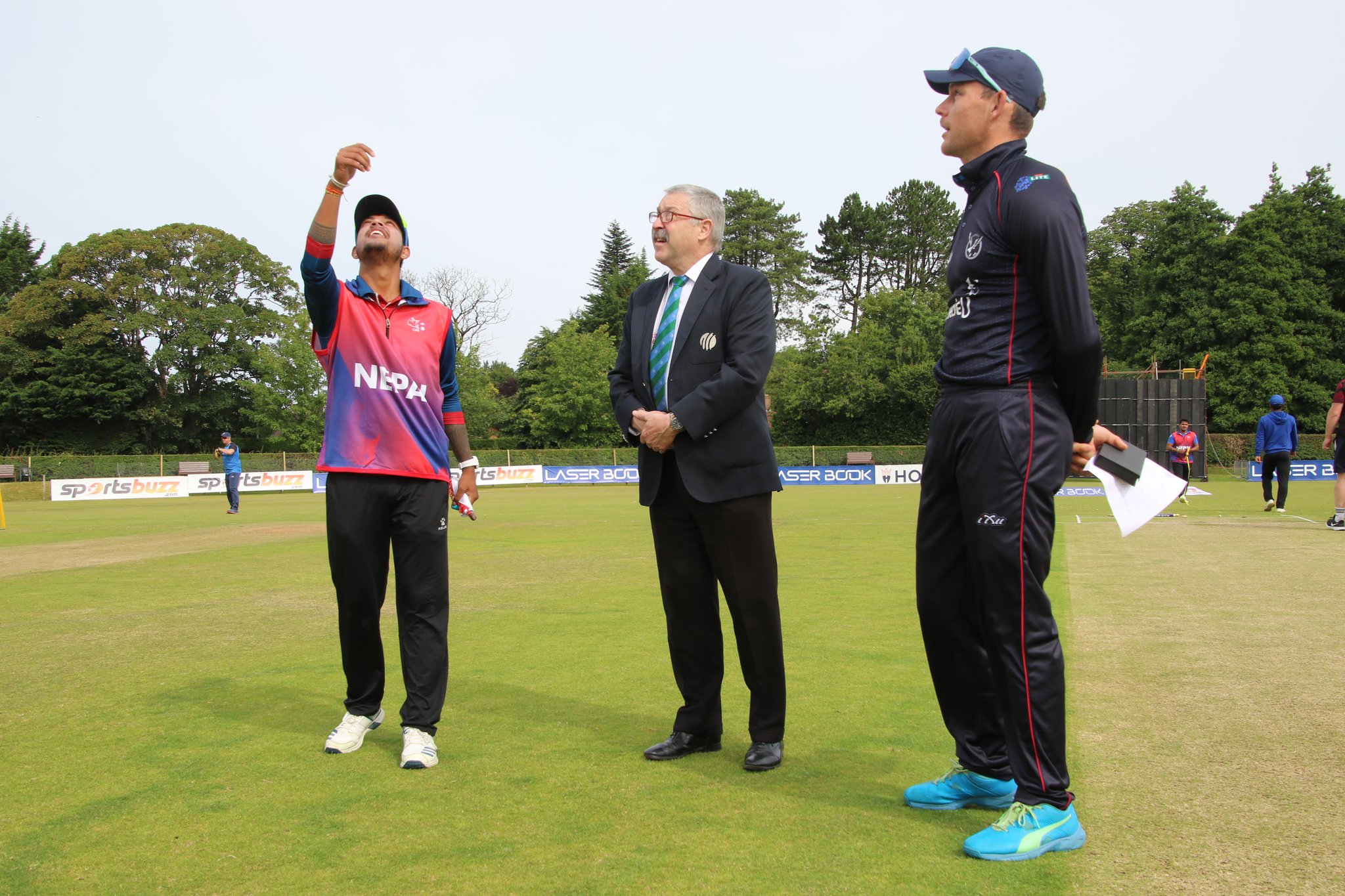 THE GOOD
Brilliant Basir: The left-arm spinner Basir Ahmed is the latest debutant in a never-ending search for a consistent partner for Sandeep Lamichhane. He surpassed expectations by showing his range in the first match itself. He bowled with the new ball and old ball in the middle overs and death. He was economical in his spells and picked up a wicket. The 18-year-old had won player-of-the-tournament in the Nepal Pro Club Championship held in his hometown & team Rupandehi earlier this year. His ability to bat, and left-handed, gives another edge to his repertoire.

Aarif Sheikh: The Birgunj batter Aarif Sheikh looks as solid as ever. He can hold an end. He has no problem rotating the strike. Adept at facing pace as well as spin. He is everything Nepal’s batting lineup needs to address its failing batting credentials. He should bat at three and anchor the naturally aggressive batters around him (why explained later). Dev Khanal still has time on his side but Nepal needs a readymade product for the key position. Aarif ticks all the boxes, in context to Nepal’s batting. If he can steady the initial storms, Nepal can benefit from a really long tail.

THE BAD
Mixed Spells: Sompal Kami and Karan KC struggled with the new ball and Sandeep Lamichhane with the old ball. It was a mixed bag for Nepal’s three premium bowlers. All three picked up wickets at crucial moments thwarting Namibia back whenever the batters threatened to take the match away. Lamichhane’s first six overs cost Nepal 20 runs (three wickets) whereas he conceded 34 runs in his last four overs (a wicket). Similarly, Kami conceded 23 runs in his first three overs before coming back to pick two wickets (David Wiese and Jan Loftie-Eaton) conceding 21 runs in last four. Karan KC wasn’t brought for a second spell. No team can expect everything to go according to plan but these are Nepal’s top three bowlers at the moment. More so when the debutant Basir Ahmad made an immediate impact keeping things tight from his end.

Aarif Sheikh: The Birgunj batter again. Aarif Sheikh’s career strike rate is 3.62 runs per over (before Match 92). He has hit only a six in 19 ODIs so far. He averages 25. It isn’t entirely his fault. He has often found himself collecting the pieces after early wickets or a middle-order collapse. However, he is not the ideal no.6 Nepal yearns for. It sounds so awkward. I’m criticizing someone who actually scores some runs in the middle. But he struggles to up the ante. It also depends on what position Aarif is comfortable in. Either way, the current batting numbers are not helping Nepal. To be harsh, it only delays the inevitable.

Even in today’s match, Aarif didn’t try to upset Gerhard Erasmus, the off-spinner, who kept bowling from one end despite him being his favorable match-up. He kept taking singles and exposing Adil, Karan KC, and Basir Ahamad to Namibian bowlers.

THE UGLY
The Roulette: None of the top four wickets were hard-earned by Namibia. The opposition sure earned it but Nepal batters were in a generous mood to reward Namibians by making things easier. Aasif Sheikh gasped as soon as he played that shot straight to Divan La Cock. Either side of him was a boundary. Rohit Kumar Paudel searched for a non-existing run. Kushal Bhurtel who tried to hoic out of nowhere was smartly stumped by Zane Green off Bernard Scholtz. The fact that all three looked comfortable at the crease, the dismissals only agitated the expectant eyes. Dipendra Singh Airee was dismissed by a well-disguised slower ball/cutter from David Wiese. Similarly, Adil Alam also threw his wickets trying to do what he does best.

Dipendra Singh Airee: If Dipendra Singh Airee’s century (105) against Papua New Guinea earlier this year at TU cricket ground is taken out, he averages 12.7 in 19 matches for Nepal. The highest individual score of  40. It was scored against the United Arab Emirates in 2018. Whilst, Dipendra is a no-brainer in T20I cricket, his ODI numbers are not doing any favors. His bowling as a part-timer and fielding is second to none in the XI but Nepal needs Dipendra the batter more.