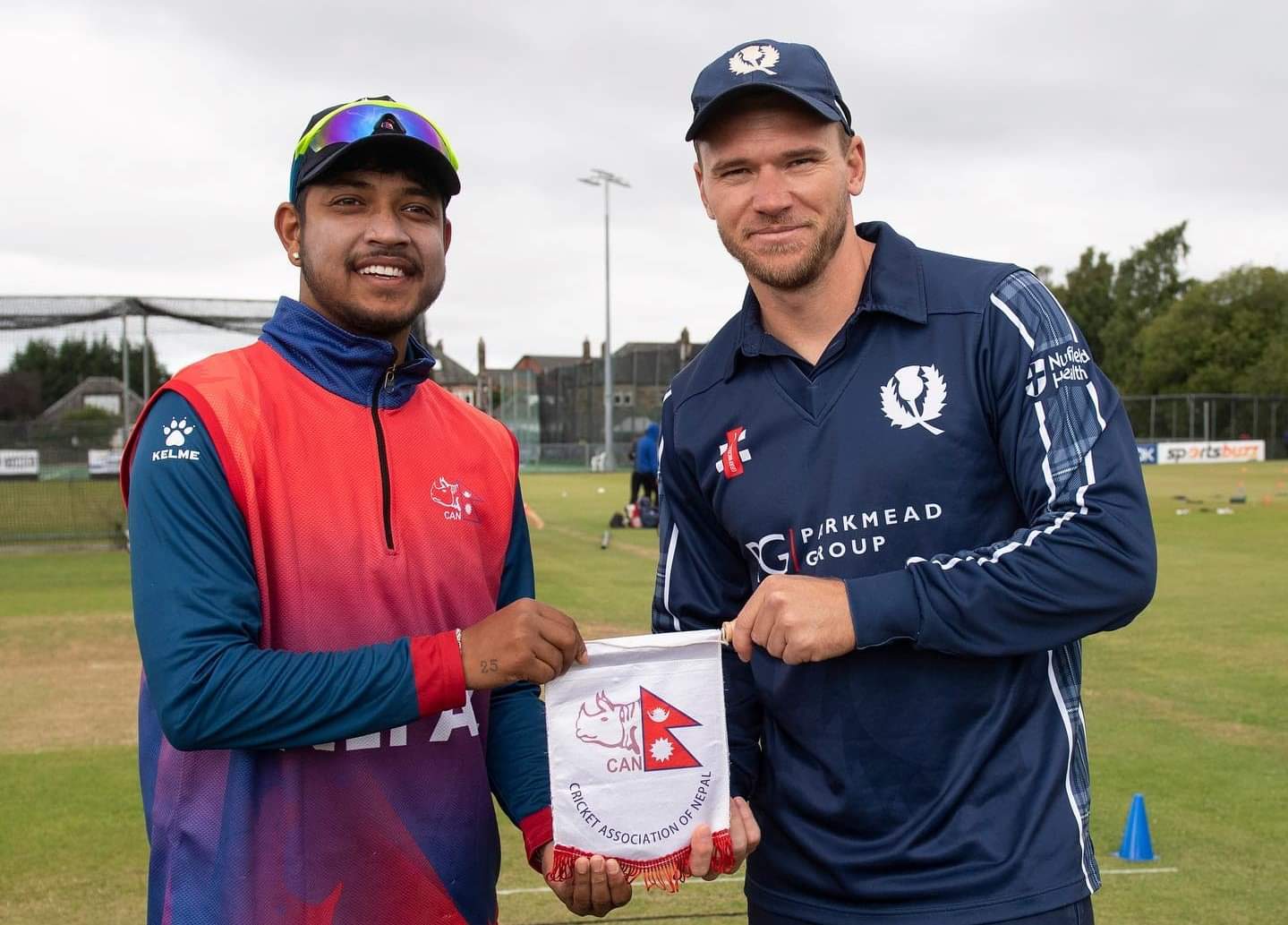 by Rajan Shah
0 comments
THE GOOD

Aadil Alam: The all-rounder is a gift that keeps on giving. Ever since his debut, Aadil has found himself in situations crucial for Nepal’s progress in the match. Be it matching Dipendra Singh Airee shot by shot in his debut or handing Nepal an unlikely tie against the USA, Aadil has shown he has immense raw potential that can be worked with. He really has been a breath of fresh air. In the match against Scotland, Aadil picked up three wickets coming as a first-change bowler. Picking up where Sompal Kami left, he dismissed the danger-man George Munsey. He finished with 10 economical overs conceding 31 runs off it.

Opening batting: Nepal’s batting is as fragile as a biscuit half dipped in tea. You just don’t know if it will hold or not. But for a change, Kushal Bhurtel and Aasif Sheikh enjoyed a beautiful session of batting as the sun shined on the ground after e brief rain during the innings break. Aasif always had the penchant to play pace well with his punches, but Bhurtel, evidently, trying to take a step or two to negate swing was refreshing to see. Both shared a partnership of 47 runs for the first wicket before Bhurtel’s eye lit up. He lost his concentration for easy caught-behind dismissal off a delivery he should have smashed for four runs.

Aasif Sheikh: The opening batter first shot to fame was a century in an Everest Premier League final back in 2016. Normally, ‘he never looked back’ would follow. But in Aasif’s case, a tedious few years followed. He lost the touch. So much that his then U-19 coach Binod Das was criticized heavily for keep selecting him to open despite numbers not backing the call. Either way, he kept showing glimpses of his undoubted talent. In 2021, he got his debut under Gyanendra Malla and Dav Whatmore. Then, he never looked back. Aasif’s strength lies in decimating pace. He should be allowed to do that only. He sets up matches for Nepal. Like today against Scotland. Bhurtel did the early damage, then Aasif took over. He scored a flawless 71 as fans gasped in awe. He helped Nepal earn the much-needed two points.

THE BAD
The missing seamer: Fans joked on social media that they can’t find the actual pitch when the FanCode live feed started. The pitch was lush green like sarees in Shrawan. Nepal won the toss and elected to bowl. But didn’t include an extra pacer. Whereas Scotland, the home team, who knows the conditions better than us, went with an extra pacer (Adrian Neill) at the expense of a decent batting lineup. They backed themselves to defend anything around 200. But, as expected, Nepal bowlers wreak havoc led by Sompal Kami. However, the visiting team quickly ran out of seam/pace overs once Sompal bowled out and Aadil Alam and Karan KC rotated along with the captain himself at an end. All the pacers were not similarly effective in their second or third spells. Nepal missed the third seamer. Or specifically, Kishore Mahato, as he is the only option in the squad. An argument can be made that Scotland only made 144 runs anyway but it was number nine Gavin Main who stayed unbeaten on 64 runs.