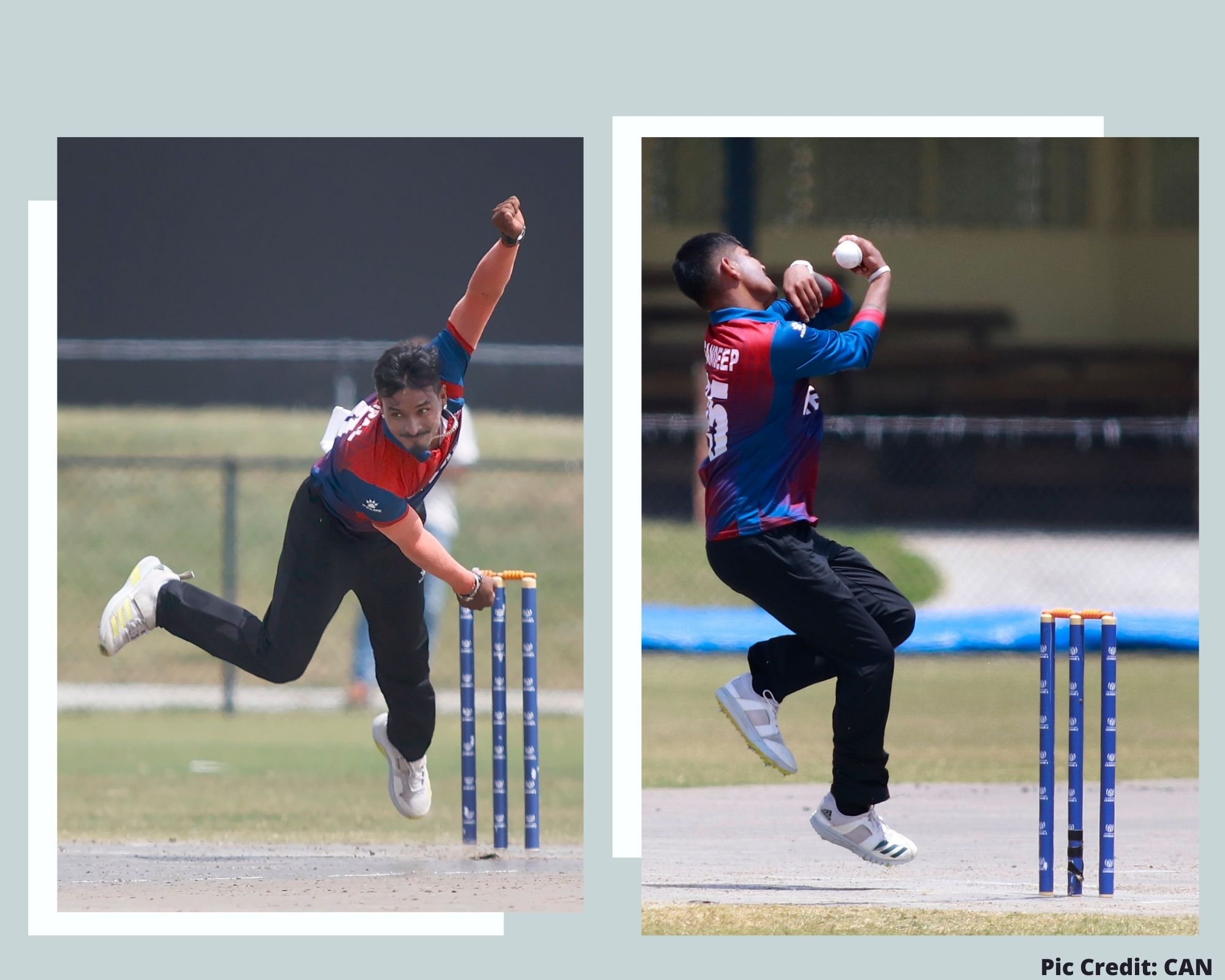 THE GOOD
Aasif Sheikh: The swashbuckling opening batter makes another entry. This time for his wicket-keeping skills.  Everyone will remember his stumping but he was a highlight package throughout the innings. He saved numerous runs by his nonchalance takes down the leg. He saved Pawan Sarraf from the agony of a vastly expensive spell. But more impressively, he also kept a couple of Lamichhane deliveries from going down the leg for four wides. Lamichhane’s revs and rise are too hot to handle at times for keepers as seen before in the matches when Binod Bhandari kept. Aasif really showed his range with the gloves too.

Lamichhane the leggie: Sandeep Lamichhane can be so many things but when it comes to bowling, Nepal hardly has someone like him who can take a wicket on will. His captaincy was even criticized by the coach Pubudu Dassanayake as too aggressive and lacking patience at times. However, when it comes to bowling, he hardly puts any foot wrong. With the new ball, Lamichhane tried to bowl around the wickets and was ineffective. But the second spell was all class. He didn’t change his side this time and bowled over the wicket to both the left-handers Jan Loftie-Eaton and Jan Frylinck with flying results. Both were castled thwarting Namibia’s innings back. He missed another five-wicket-haul in consecutive innings against the African nation. Nepal will take 10 overs for 29 runs with four wickets any day. Sometimes it does feel Lamichhane the captain has been harsh on Lamichhane the bowler asking himself to do more than he can chew. Lamichhane, or Sompal Kami or Karan KC for that matter deserves to get a fourth wheel to truly unleash the unimaginable bowling potential Nepal carries.

THE BAD
Umpiring: Twice in a row Nepal and Dev Khanal were victims of dubious umpiring. Whilst against Scotland, it could have been touch and go, given Callum Macleod has abnormally long fingers, the decision in the match against Namibia was polarising. At 4.3 overs, Khanal attempted a boundary off Jan Frylinck. The ball was caught by Ben Shikongo but he couldn’t keep balance and fell over backward. His body didn’t rotate fully. Whether he touched the rope or not remains a curious case. The catcher didn’t celebrate upon getting up. And the umpire had already raised his both hands looking toward the scorers (his back facing the catcher). Even if Shikongo caught the ball, a change in the decision on the back of fielder’s or partisan crowd’s signal was a weakness on part of officials. Khanal marched off, the game continued. But it all felt unprofessional at an extent. The benefit of the doubt has been gone to batters in the past. For us watching on YouTube streaming, with compromised quality, it was unclear.

THE UGLY
The Missing Seamer II: It was only minutes before publishing, I changed the Ugly to the Bad for this topic in the last match. Looks like learning from the mistake is only limited to a slogan incorporated for bad days. Nepal had to drop Karan KC, injury unknown if any. But didn’t replace him with like-to-like option Kishore Mahato, but with Pawan Sarraf. The right-handed batter who can bowl off-spin opened the batting for Nepal in the only practice match played against Canada before the Scotland tour. Sompal Kami gave Nepal an early breakthrough but missed the same support from the other end. Basir Ahamad leaked runs before captain Sandeep Lamichhane took matters into his own hands. Even after Kami and Lamichhane’s initial spell, the bowling struggled to trouble Namibia captain and Jan Loftie-Eaton. The replacement bowler Sarraf didn’t work as he conceded 27 runs from his five overs. Lamichhane again had to bring himself back, in tandem with Dipendra Singh Airee. and took three more wickets to thwart back the Namibia innings.

Batting woes: There is nothing new I can add or find. Every time Nepal batters look set for a partnership, a wild shot or a sprint for non-existing two breaks all the momentum. A collapse follows. The same story repeated.