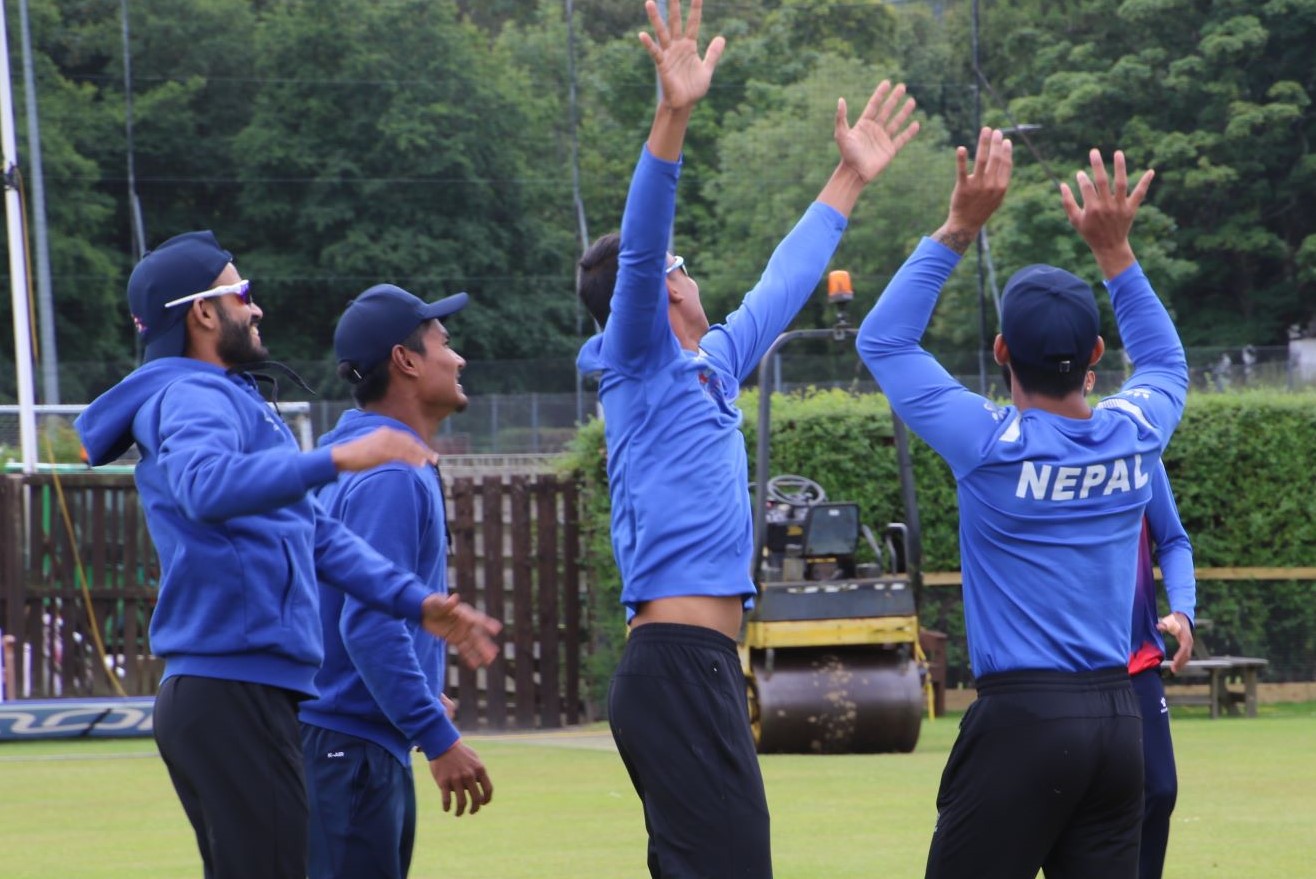 THE GOOD
Oh. You wish. The only good thing about Nepal and Scotland match was that it ended.

THE BAD
Aasif vs left-arm spin: It feels so awkward to criticize only batter who scored some consistent runs in the tour. Aasif Sheikh looked supremely comfortable against pace bowlers. So much that he was ready to even pick fights unfazed for a possible bouncer or yorker coming his way. He basks confidence. He, arguably, is the best player of pace bowling in the team right now. But one thing stopping him from going that extra mile is his game against left-arm spin. Maybe, he doesn’t even want to attack them but lack of runs at the other end might have compelled him to do so. He was out driving the left-arm spin of Bernard Scholtz in match 95 whereas caught behind cutting a straight ball off Mark Watt against Scotland in match 96. Also, speaks volumes about why Aasif and Kushal Bhurtel as a duo has been pivotal for Nepal to win matches in recent times. They complement each other. While Aasif can try to eliminate his demons against left-arm spin gradually, Nepal can help him by building batting strategies around him. He should be allowed to maneuver spin bowling. If Aasif can stay longer for Nepal, I don’t see why he can’t be the next Paul Stirling or Mohammad Shahzad of Associate Cricket.

Dippy’s dip: One has to begrudgingly admit that Dipendra Singh Airee’s batting form in ODI cricket has taken a nose-dive ever since the century against Papua New Guinea in March. His batting always has been more of hand-eye coordination than technical prowess. He may or may not be struggling with the positioning of the front foot which allows him to play shots freely in the T20 format. Airee is not the kind of player who will slug it out at the crease. He likes to play his shots. He would not stop playing it even when he is struggling. The fact that he is also a part of the fragile batting lineup is not helping. His runs mean Nepal will score a decent total. As evident, his failure to get runs is directly proportional to Nepal cricket’s dwindling batting returns. Nepal needs its one of the best batter to hit form sooner than later.

THE UGLY
Exposed flaw: It was a green wicket. Pace bowlers were supposed to do the heavy lifting. However, Scotland’s left-arm spinners wreak havoc. Nepal’s struggle against left-arm bowling has been an appalling revelation this tour. Namibia’s left-arm pacers and Scotland’s left-arm spinners enjoyed field days against Nepal batters. Mark Watt has always been a handy contributor for Scotland whenever available whereas Hamza Tahir has come to his own in recent times. His angle and width created flirting with the popping crease proved out to be too much for Nepal batters. Aasif, Airee, Binod Bhandari, and Sompal Kami all fell to a poorly executed cut against left-arm spin whereas it was soft dismissals for Kushal Bhurtel and Aarif Sheikh. Nepal itself is struggling to find or groom a dependable left-arm spinner for the team. It paralleling Nepal’s weakness against the same kind of bowling will only raise concerns for future assignments. The Cricket Association of Nepal as a governing body has a task in hand to ensure the collective upgrade of batters within existing domestics. The bottom line is the longer format. It may need old-school hard work going back to the drawing boards. At some point, it does become a structural failure rather than an individual if all the batters fell for the same shot. It will take some rectifying from domestics to management to selection to execution.

Responsibility, accountability, and consequences: Who takes the responsibility, who will be held accountable, and what will be the consequences, are a few of the questions that come to mind. If the batters are to be replaced, which options are we looking at? Rit Gautam or Lokesh Bam or Subash Ayer? If spinners are to be replaced, who is in line to be the next few-match guest and be forgotten. In my opinion, the contractual constraints that come from sacking a member of team management will be too many expenses for the Cricket Association of Nepal (CAN) to go that way if contemplated. The Nepal T20 franchises are set to be announced on July 18. CAN will be occupied. Or we think so if CAN manages to get the verdict in their favor from the supreme court.